Sathya Movies colour movie and 1975 block buster movie Ithayakani was re-released couple of weeks back in Mahalakshmi theatre, we had already uploaded some images and video clips. 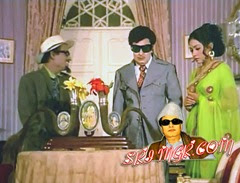 In this post we will be uploading another two videos one is a dialog scene and another is a fight scene.

Dialog scene, when our beloved Leader MGR (Mohan) takes his wife to Bangalore for investigation and the Karnataka police officer V.Gopalakrishnan enters the hotel and questions MGR.

The conversation scene how MGR fans reacted to that particular MGR’s shrewd reply to Gopalakrishnan. 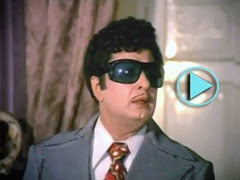 Click the above image for the fight scene in Mysore palace.