Vintage car rally in Chennai is organised yearly with parading of old cars which were plying the Chennai roads 60 years back. Much importance were given to the cars used by the then celebrities.

The image to the left is the Dodge Kingsway 1957 model car used by MGR and to the right is the Ambassador car in late 70s having the registration number TMX 4777 (kept in MGR memorial, the car used by the Chief Minister MGR 1977 – 1987).

MGR Devotee Kalaivannan had constructed a temple for Puratchi Thalaivar MGR in Nathamedu (நத்தமேடு), Thiruninravur. The temple was consecrated on 15th August 2011. 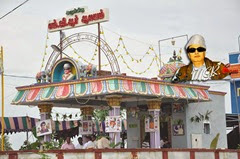 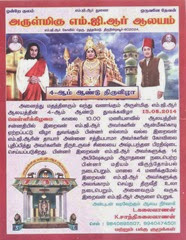 Every year August 15th day was celebrated by MGR devotees by visiting MGR temple. This year is the 4th year of the celebration.

On this special occasion in the MGR temple they have consecrated MGR’s mother idol for worship. The images were shared by MGR Devotee Kalaivannan. 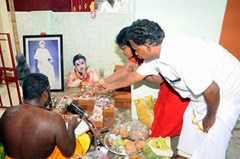 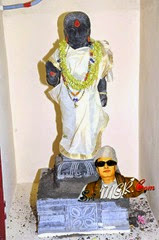 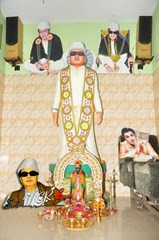 Image inside sanctum sanctorum with MGR idols and to the left of the idol is the sofa and foot rest regularly used by our God MGR. 14 types of ritual bathing (abhishekam) was done for MGR idol and free food was given to 500 persons.

Here is a small list of MGR movie makers, choosen seven among the production houses. The first in the list is AVM Productions their first colour movie is our Makkal Thilagam MGR’s Anbay Vaa. Only one movie they worked with MGR. 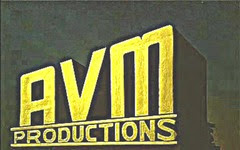 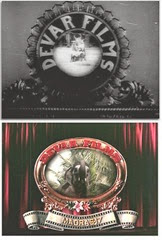 Devar films produced many movies as MGR in the lead this company holds the record of producing 16 flicks and all the movies are completed in short span of time. The lowest number of days MGR worked in Devar films is 7 days for Mugarasi. Devar films first colour movie in Tamil is Nalla Neram released in 1972.

The movies produced by Devar films are 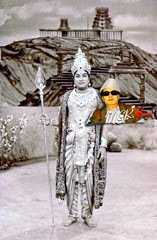 Above image, MGR appearing as Lord Murugan in the movie Thanipiravi, this scene comes as a dream sequence. 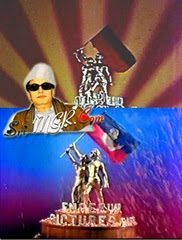 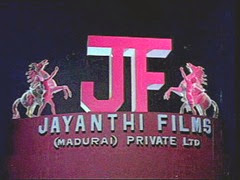 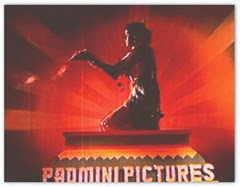 B.R.Panthalu teamed with up with our Puratchi Thalaivar MGR to produce and direct evergreen and memorable movie Ayirathil Oruvan and the success of Ayirathil Oruvan, B.R.Panthalu continued with MGR to further produce Black and White movie Nadodi (1966) colour movies Ragasiya Police 115 (1968), Thedi Vantha Maapillai (1970) . Further the producer and Director B.R.Panthalu went up with the project of Maduraiyai Meeta Sundarapandian but unfortunately he died in the middle of the production and MGR took up and completed the movie and as a matter of fact the movie became the final movie (fully completed) of MGR too.

Padmini Pictures first movie with MGR Ayirathil Oruvan was digitally restored and released on March 14th 2014 by Divya Films and now this movie is going to reach 25th week coming this September 4th. 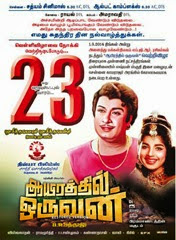 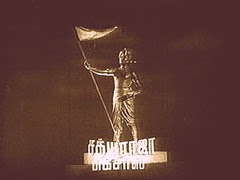 MGR’s brother M.G.Chakrapani directed and his son M.G.C.Ramamurthy produced movie Arasakattalai was released in 1967 that is the only production MGR completed with M.G.Chakrapani. 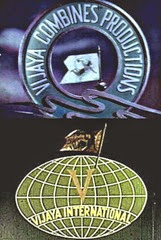 The above movie maker logos captured and shared by MGR Devotee Muthaiyan. 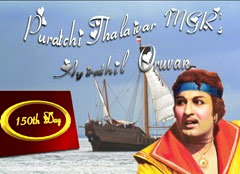 In 2014, Divya Films Chockalingam had made a tremendous effort by restoring the entire footage of Ayirathil Oruvan and re-worked with the sound effects and released the movie in over 100 centres all over Tamil Nadu, Pondicherry, Karnataka and overseas. There was no posters as Election campaign for the Parliament is going on. Instead of the hurdles Ayirathil Oruvan restored version successfully crossed 100th day on 21.6.2014 and special show was conducted on 22.6.2014 in Albert theatre. 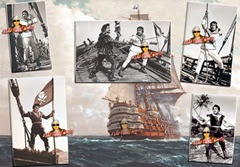 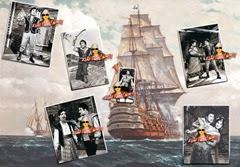 We had previously posted the images and videos in our MGR blog and kept track. Today 10th August 2014 is the 150th day of Ayirathil Oruvan in Albert complex and 22nd week in Sathyam cinemas. On this special occasion we have uploaded some rare images from Ayirathil Oruvan and the 1965 paper ad. 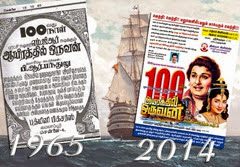 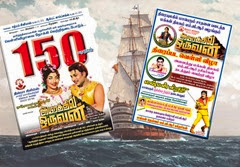 Above image is the 150th day ad given in Daily Thanthi, the silver jubilee celebration of Ayirathil Oruvan restored version will be conducted by all MGR Fans association in Kamarajar Arangam on 1st September 2014. The grand gala evening will have entertainment provided by Lakshman Shruti and many VIPs will participate in the function. More about the function information will be posted in our MGR Blog.

Some of the Images and ad are given by MGR Devotee Vinod from Bangalore and Olikirathu Urimaikural Editor B.S.Raju.

This week is a memorable week for MGR devotees and fans as our Puratchi Thalaivar MGR starrer Ayirathil Oruvan restored version completes 150th day. Below is the ad to be published tomorrow in Daily Thanthi. 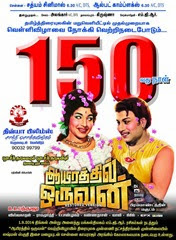 In this post we will be uploading two scenes from Ayirthil Oruvan, video captured during the 101st day in Albert theatre. The first video is about capturing the princess and MGR participating in the auction.

Second video captured by MGR Devotee Venkat the famous punch dialog between MGR and Nambiyar in this movie. The crowd goes crazy on hearing when Puratchi Thalaivar utters “Tholviyae Ethiriku Parisualithu pazhagiavan naan” (I have a habit of awarding defeat as gift to my enemies) needless to say the cameraman also jolted for this scene.

In the earlier post we had uploaded several clippings from Ayirathil Oruvan restored version captured in Albert theatre during 101st day. The clippings showed the crowd becoming crazy when they saw our Puratchi Thalaivar MGR on silver screen uttering memorable dialogues. 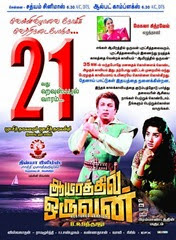 Above is the ad published in Daily Thanthi for the 21st week of Ayirathil Oruvan restored version, running successfully in Albert and Sathyam cinemas. 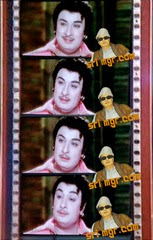 Above image to the right shows various facial expression in 1 second.

In this post we are uploading two scenes first is the Pirate Leader Nambiyar threatening MGR and asking him to join his sinful life. And another scene is unique MGR dialogue to give all the jewels they were given as share from looting pirate ships.