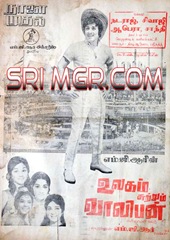 Above image is the ad given for the release of Ulagam Sutrum Vaaliban in Bangalore theaters. 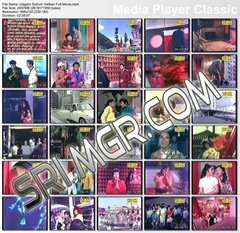 Above images are from the video thumb nails of Ulagam Sutrum Vaaliban.

Story:
(Starts from Singapore ends in Japan)
Extensive use of Expo 70 held in Osaka, Japan.

Mr.Murugan (M.G.R) is an Indian scientist who has recently discovered how to store a part of the energy unleashed from lightning. He tells this in the Hong Kong scientists' conference. He tells that he won't reveal his discovery to the world since the world is at the brink of world war III and his research may be used for destructive purposes. Scientist Mr.Bairavan (Asokan) tells Murugan is just showing off without researching anything. So Mr.Murugan demonstrates it and destroys the vital research notes which upsets the other scientists. Bairavan negotiates with him to sell the research to a foreign country which Murugan refuses. Murugan then departs with his girlfriend Miss.Vimala (Manjula) for a world tour. He tells to Vimala that he actually pretended like destroying the research notes and he has kept the notes in some safe place. He was willing to use them and research further so that his research is used for productive purposes. Bairavan who have been following them hears this and follows them wherever they go. Bairavan wants the research notes so that he can sell them to some countries for a lump sum amount.

In Singapore, Bairavan shoots Murugan with a special gun (not killing him). Vimala faints on seeing this. Murugan became mentally affected and is taken into Bairavan's custody.
Now comes Mr.Raju (M.G.R) a CBCID officer and Murugan's younger brother who comes to Singapore in search of his brother. How he finds his brother and what happens to others form the rest of the story.
Cast:
MGR – Dual Role Murugan as the Scientist and Jeyaraj alias Raju as Police Officer.
Manjula – Murugan pair
Latha – Secretary to Murugan and Raju’s pair
Chandrakala – Dancer and also Raju’s pair
Mehta Rungroth – Guest appearance
Nagesh – Raju’s friend
Asokan – Bairavan another Scientist
Gopalakrishnan – Doctor
Shyam Sundar – Asokan’s henchman
Manohar – Asokan’s henchman and Latha’s brother
M.N.Nambiyar – Paid Assassin

all the 9 songs are nine gems of Ulagam Sutrum Vaaliban finely tuned by M.S.Viswanathan. The background music was breathtaking. 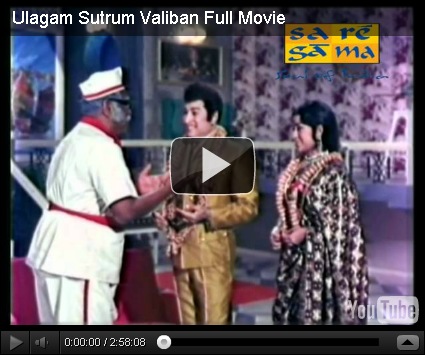 We have already posted about Padagotti full movie below is the link.

If the above video does not work please click the link below. 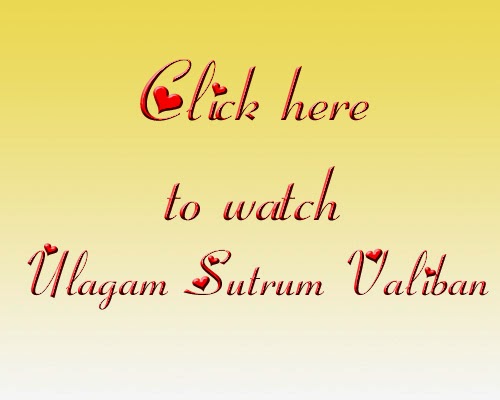