Padmini Pictures and our Puratchi Thalaivar starrer Ayirathil Oruvan was restored and released by Divya Films in March 2014 in over 100 plus theatres in Tamil Nadu and subsequently released all over South India and continued its release in Canada, Malaysia, Singapore, UAE.

In Chennai Ayirathil Oruvan restored version crossed 100 days in Albert and Sathyam theatres successfully. And now the movie is continuing for 20th week. Below is the ad for 20th week. 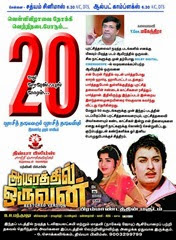 In this post we will be uploading the reaction of MGR Fans for the dialogues of MGR and the dialogues praising MGR. The video was captured in Albert theatre on 22.6.2014 that is the 101st day. 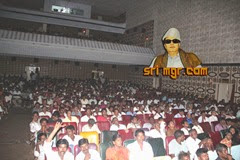 Above image is a part of crowd watching Ayirathil Oruvan you can clearly see many people sitting in the floor and near the door, the image was shared by MGR Devotee Loganathan.

This week our Puratchi Thalaivar MGR starrer restored version Ayirathil Oruvan is completing 19th week. We had already uploaded several videos and images captured during 101st day in Albert theatre. Compiling the videos for specific scenes takes considerable time and this post will be without videos pardon me. 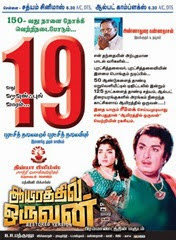 Above is the 19th Week ad published in Daily Thanthi. 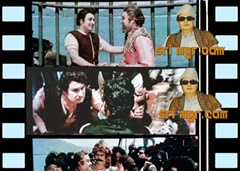 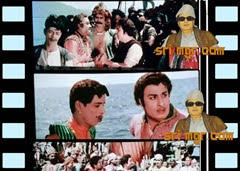 Above images are from the videos that I have captured. These videos will be posted soon.

Part of the crowd image captured by MGR Devotee Loganathan.

Earlier Posts regarding the record of 100th day of our beloved God Puratchi Thalaivar MGR’s Ayirathil Oruvan restored version given below please click the links provided. 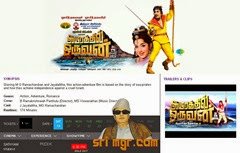 Above booking status is from July 20th, by 6 pm the show was houseful, information shared by Urimaikural MGR Magazine Editor B.S.Raju.

Below image is the 21st July booking status. 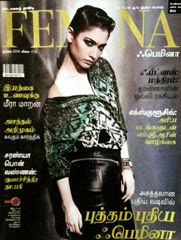 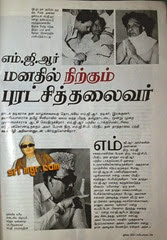 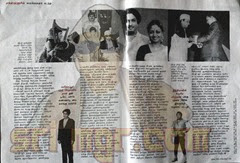 Click the above images to read the 3 page interview of MGCB Pradeep. The magazine also mentions the mega documentary about our Puratchi Thalaivar. The article has errors in date. 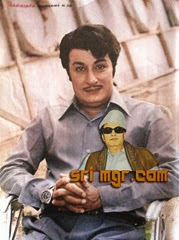 We had already uploaded some of the videos captured inside Albert theatre on the 101st day of Ayirathil Oruvan restored version, in this post you are going to see only the output of MGR devotees and fans enjoying MGR dialogues on screen. 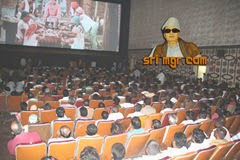 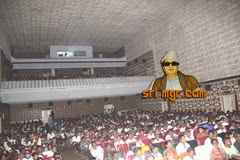 Below is the video showing how much dialogues you can hear from the clip. One scene is MGR saving Jayalalitha and the famous one liners how MGR feels about his friends. Another when Jayalalitha expresses her wishes to be with him and the reply of our Puratchi Thalaivar.

And also one scene where Ramadoss threatens MGR and watch how people showed their hatred. 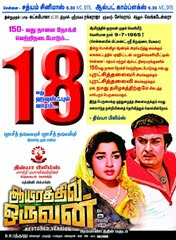 Above 18th week ad given by Divya Films in Daily Thanthi.

Change in physical appearance of a person by either including a wig, removing or including a mustache/beard, change in costume or wearing glasses is called a disguise. In our Puratchi Thalaivar movies the disguises of MGR can be divided into two: one is including big mustache, beard and wig, change in makeup, another is wearing a cap or turban and sun glasses to cover his face.

Many movies, MGR had used so many kind of disguises either to enter the Villains liar or go undercover. Most of the disguises are found in social oriented theme movies.

It is very difficult to post all the images of MGR in disguises here you can see some of the disguises used in social as well as in period movies.

In the above images you can see MGR disguises in four movies, 1st is from Malaikallan, perfect fit for Thalaivar. 2nd is from Kulabaghavali long beard, big mustache and old age makeup. 3rd is from Puthumaipithan change in costume addition of black veil to mask his face who revolts against his uncle enacted by Balaiah. 4th is from Mahadevi using turban and big beard and disguises as a blind person.

1st image is from Baghdad Thirudan this scenes comes when Thalaivar meets Vaijayanthimala. 2nd is from Chakravarthy Thirumagal using long beard and old age makeup. 3rd image is from Rajadesingh movie. 4th is from Thai Sollai Thatathey MGR as a Police officer disguises as an old man to find the culprit in the market. 5th is from the movie Vikramadityan, MGR disguises as a court jester who speaks 6 languages.

In the above images numbered 1 is from Panathottam, wearing a steel rimmed glass and big mustache a simple disguise. 2nd is from Periya Idathu Penn a song scene. 3rd is from Padagotti, MGR disguises as a Bangle seller, memorable song continues. 4th is from Thayin Madiyil MGR disguises as a Poikal Kuthirai artist (Dummy horse dance).

Above images 1st one is from Sangay Muzhangu a song scene. 2nd is from Raman Thediya Seethai, 3rd one MGR in Ithayaveenai a scene when he meets his father after a very long time. 4th image is from Ithayakani MGR disguising as a foreigner named M.G.Red.

In the 1st image, MGR disguises as a mad man to help his blind friends family, image from the movie Neethiku Thalaivanangu, 2nd is from Uzhaikum Karangal MGR disguises as Lord Shiva and does a Rudra Thandavam dance to ward off villain, planning to steal temple idols. 3rd is from Navarathinam MGR not in disguise but as a Mughal prince sings with Hindi actress Zarina Wahab and 4th is from the last MGR movie Maduraiyai Meeta Sundarapandian. In this movie MGR uses many disguises.

Most of the images are shared by MGR Devotee Muthaiyan.

The restored version Ayirathil Oruvan celebrated its 100th day on 21st June 2014. A special show was screened in Albert for its 101st day to accommodate large crowd. We had already posted in three parts the images and videos of the celebration. 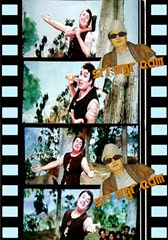 This post is about the enjoyment of MGR devotees and fans for the philosophical song Yen Yendra Kelvi. When the slaves asks questions to Ramadoss, MGR interferes and sings this song to lift their spirit.

Video link for the song: click the below link.

Silly question though can you count how many times MGR fans whistled for this song?

We have already published the 101st day celebration of Ayirathil Oruvan restored version, done by MGR devotees in Albert theatre on 22.6.2014. In the last post we had published the title card clipping and the first scene. In this post we will be posting the court scene between MGR and R.S.Manohar.

Instead of fiery dialogues from our Puratchi Thalaivar he substantiates his facts to the Dictator who did not listens and sentences MGR and his friends to be sold as slaves.

17th Week ad for Ayirathil Oruvan restored version given by Divya films to be published tomorrow in Daily Thanthi. 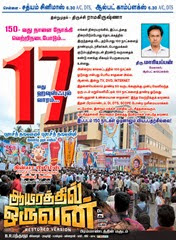