The serial will start from MGR as an ordinary person and how he became a reckoning force in Tamil Nadu.
The Serial will also shows the ups and down he faced in his life including Cinema. And also how MGR became the darling of the masses. Rare photos will be shown in the serial.
Those who can watch Zee Tamil please tell us about the serial named "Nayagan".
The below ad is taken from Daily Thanthi Chennai digital edition. After a long time Devar Films Black and white movie Dharmam Thalai Kakum will be released in Mahalakshmi theater coming March 5th. 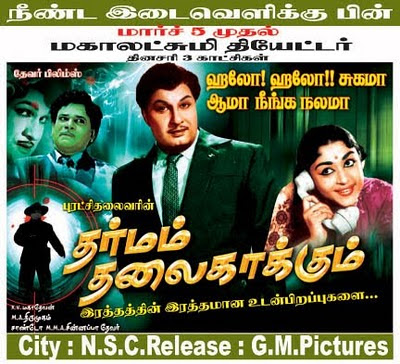 Both the messages were forwarded by MGR Devotee Yukesh Babu.
Posted by Roop

And the plan is working out successfully. MGR fans throng the theater to see MGR movie every week. This the 14th week of continuous MGR movie released in Saravana theater.

Next week it will be 100 days of continuous MGR movies in Saravana, the management and Kalaiventhan MGR Bakthargal Trust will celebrate the function in grand manner.

The movies released so far:

100th day will be posted next week.

Sri MGR Year 93, 21st February Sunday
Aazhi Publishers have released a new 264 pages Book on our beloved Leader MGR. The book titled MGR Paettigal (எம்.ஜி.ஆர். பேட்டிகள்)  complied by S.Kirubakaran.
First of all I thank him for his dedicated and painstaking work he had done to bring some of MGR’s interviews given in various Newspapers and magazine and in various period. All MGR fans should have this book in their collection. The cost of the book is Rs.130/- can be ordered by email or website.
Click here for MGR book review 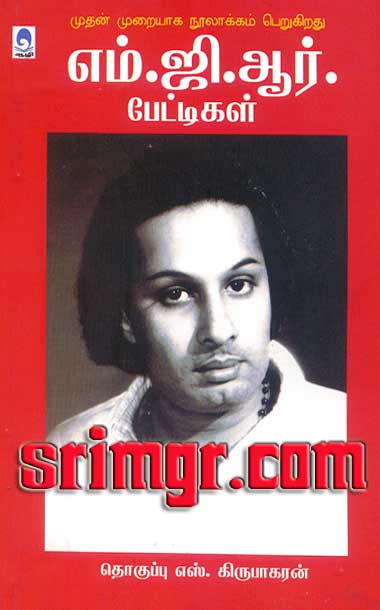 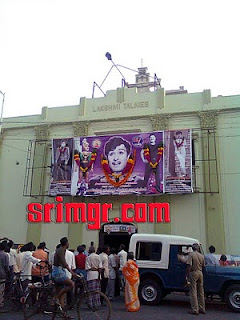 There was clash between MGR Devotees and Police during garlanding the Banner. 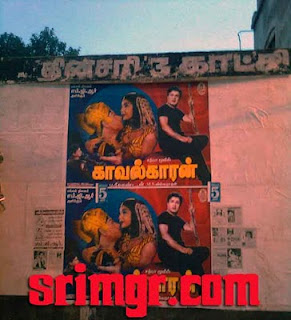 Crackers were busted and the traffic was halted for 5 minutes. 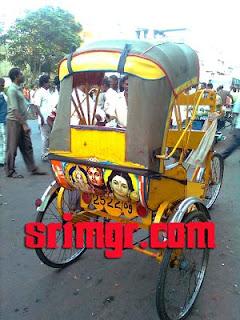 A MGR Devotee came with his Rickshaw to watch the movie he has given  place for our Leader MGR in the middle of Two Gods. See for yourself.
Posted by Roop

Sri MGR Year 93, 3rd February Wednesday
There are two things in this World which is not boring to me are one looking at God and second looking at MGR. Look at him (pointing to MGR’s Image) what do you say, do you feel bored looking at him. NO such is the face of MGR – said by Director V.C.Guganathan.
Click here to read More...
Posted by Roop