MGR Devotee T.Nagar Ramamurthy has room full of MGR images from movies to politics. He has been gathering these images for his private collection.

He gave me many photos to upload and share in our MGR Blog. Below are some of the images he had given me to share. 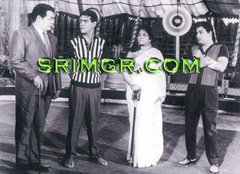 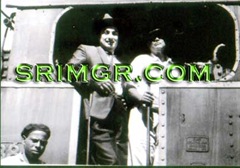 The image to the left is from the movie Parakum Pavai the artist along with MGR are O.A.K.Devar, Chandrababu and Rajasulochana. The image to the right is the train scene from Anbay Vaa. 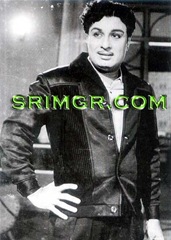 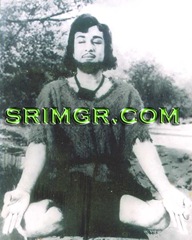 MGR doing meditation during the shooting of Adimai Penn. 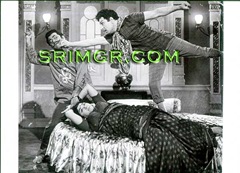 Fight scene from the movie Rickshawkaran, artist are R.S.Manohar, MGR and Padmini.

This image is during the Pooja of Emgeeyar Pictures Inaindha Kaigal. Seen along with MGR are M.Karunanidhi and V.R.Nedunchezian. This unfinished movie was already posted in our blog during 2008. Click here to read about the information regarding Inaindha Kaigal. 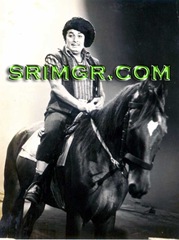 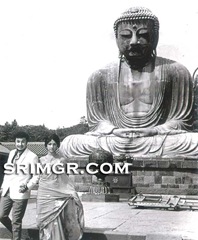 Behind the scene of Ulagam Sutrum Valiban, taken during the Kamakura Buddha episode in Japan. 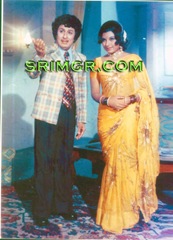 This image is from Navarathinam seen along with MGR is Sripriya. The only movie she acted with MGR. 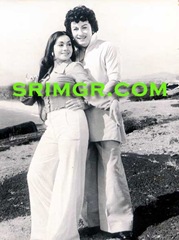 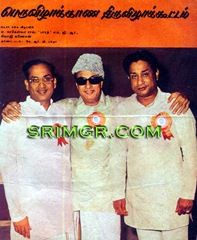 This image is taken during the function conducted by South Indian Actors Association (Then Inthiya Nadigar Sangam). MGR along with Nadigar Thilagam Sivaji Ganesan and Telugu Actor Nageswara Rao. 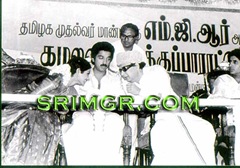 This image is during a felicitation function of Kamalhassan, along with MGR are Kamal, Amitabh Bachan and Sridevi. 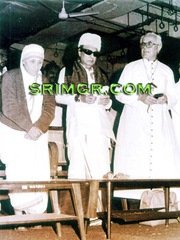