The second half of the year 2016 will be a joyous period for MGR fans as digitally remastered MGR movies which are in pipe line are going to be released one by one.

The first to hit the screen will the blockbuster movie of 1971 Rickshawkaran. Recently the trailer release function was held with packed hall in Devi Paradise.

The movie will be screened on 21st September 2016, thanks to Yukesh Babu for informing us about the release date.

Ulagam Sutrum Valiban which was digitally remastered to HD version will be released soon. Apart from this Puratchi Thalaivar Bond-esque flick “Ragasiya Police 115” is also under digital conversion.

“Not only 2016 but also in the Centenary year of beloved Leader MGR, we will be witnessing many more movie releases.”

For the previous information about Digital movies click the below link.


The title of the post might confuse you. What is the connection of Michael with our Puratchi Thalaivar MGR? Michael MacMillan also known as Mike is a fictional character the protagonist of space opera trilogy "Twisted Spaces". The book is authored by K.N.Abel and edited by Rosi Milligan. 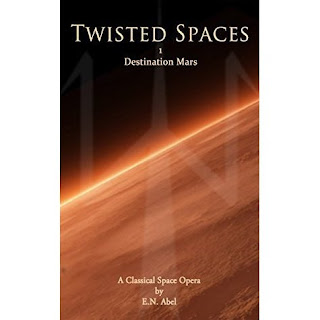 In the story Michael MacMillan is one of the Special Ops and his team Twisted Spaces designs a Spaceship with light drive system within five years, their long term plan is to travel interstellar and make a colony in Mars. His vision of interstellar travel is based on the works of Burkhard Heims quantum field theory.

The story is a heavy weight science fiction novel, now you might feel what is this supposed to do with our MGR? The characterization of Michael MacMillan closely resembles Manimaran character from Ayirathil Oruvan movie and some real traits of MGR.

Michael's vision is to unify the different races of the world and use his gravity based light drive system, his desire is that human kind should conquer space. The author has created Michael MacMillan character with world leadership qualities. The character shrewdness are perfect example of how MGR in real life used to tackle the dire situations thrown by his adversaries.

I like to point out one small dialogue of Michael, "survival of the many always supersedes survival of the one" did it ring a bell? the dialogue that MGR speaks in Ayirathil Oruvan when the pirate ship is being aimed by canons by Ramadoss and he gives an option to MGR to return to the island or else he will destroy the ship. Now comes that dialogue with a montage of a candle burning in foreground.

Puratchi Thalaivar after assuming office as the Chief Minister of Tamil Nadu included  abled and experienced persons in his administration. Michael also exhibits the same kind of attitude in giving commanding positions to experienced and abled astronauts in his ship.

While reading the book I felt that I am reading an English novel of MGR as the hero.  You also will get the same feeling, try this novel.