Puratchi Thalaivar MGR have done only one movie for AVM Banner that is Anbay Vaa. That was the first colour film of AVM. The movie was released in 1966 January.

AVM Saravanan son of A.V.Meyappa Chettiar had close contact with our beloved Leader Puratchi Thalaivar MGR, he has given insight into Anbay Vaa shooting in his interviews. In that interview he has proudly mentioned that he had the golden chance to work with such an Philanthropic person. He has also said that MGR is Eroll Flynn of Indian Cinema.

The program titled Cinema Seithigal is about the cinema news in general and as special they aired about our beloved Leader Puratchi Thalaivar MGR.

Sailesh Basu has forwarded the url to share this in our Blog.

The video part of Cinema Seithigal from Sun TV. 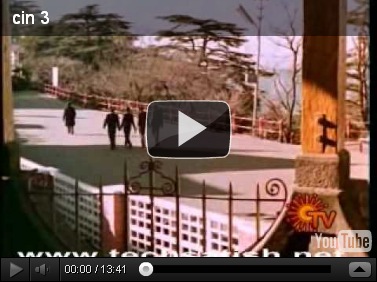 The programs caters to the need of MGR Fans, they have mentioned that MGR is still the Box Office Emperor, Actor Sathyaraj, Murugan theater owner Balasubramani and some MGR fans were interviewed in this program.

It is quite extraordinary that Sun TV glorifying MGR through their channels. 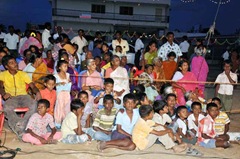 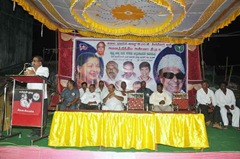 The function was held in Shimoga on 18th September 2011 the birthday function was organized by Mr.Sampath, former Councilor of Shimoga municipality and Senior ADMK Leader. 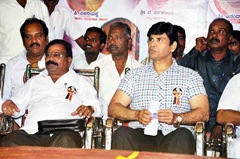 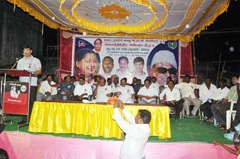 More than 1000 people gathered at this event and many welfare issues were distributed by Mr.Sampath. Tamil Cinema Actor and ADMK member Mr.Anandaraj was the special guest. 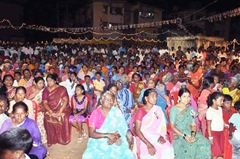 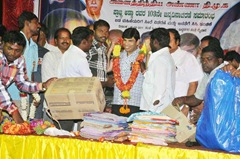 Mr.Shivakumar took more initiative to perform this event a major success. During this function our beloved Leader Puratchi Thalaivar MGR movie clips were displayed for more than one hour and every body was happy to see our Ponmanachemmal MGR. 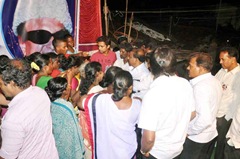 The images and news were forwarded by Shivakumar Sampath through MGR Devotee S.Vinod. 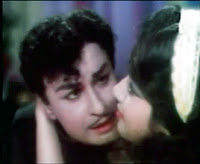 Here is the look back at the 100th movie of MGR, Gemini's Olivilakku.
Click here.
Posted by Roop

Emgeeyar Pictures Adimai Penn was re-released in Bangalore on June 24th, first week in six theaters and subsequently in other 18 theatres.

The movie was released in DTS format the reception was awesome, MGR Fan from Bangalore Palani has released a special edition book and DVD on the astounding success of Adimai Penn.

Adimai Penn was released in 24 theaters in Bangalore, Mysore and Kolar Gold Field. Some of the theaters are: 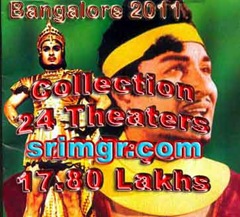 The links are given below:

These images are taken during the release of Adimai Penn in Lavanya Theater. 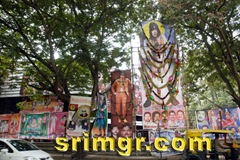 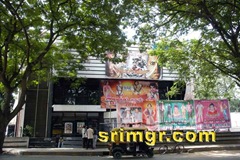 The record of 24 theaters screening an Old Tamil movie is unprecedented in Karnataka Film history. The above images and Collection details were forwarded by MGR Devotee Bangalore S.Vinod. 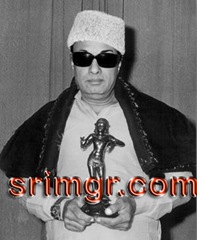 Underground politics started during this month by DMK and all press and in direct attacks on MGR started. News about MGR was blacked out in Daily Thanthi.

Most of the MGR Producers, Distributors and theater owners called by Karuna and threatened not to work with MGR in future. Above all the challenges, MGR success came boldly and he proved once again that he is the Evergreen Hero and Box Office Hero forever.

She gave a soul stirring speech about our beloved Leader Puratchi Thalaivar MGR.

The statue was opened by Video conferencing, she inaugrated the function from the ADMK Office. Many important party members participated.

The image was taken from Maalai Malar digital edition. The news was forwarded by MGR Devotee Yukesh Babu who want this to share in our MGR Blog. For more information click the image above.

Emgeeyar Pictures Ulagam Sutrum Valiban was re-released this week in Mahalakshmi. The movie was released in DTS format.

This ad was given in Daily Thanthi on Sunday edition. 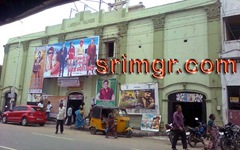 The above image was taken on Saturday 10.30 am from an auto rickshaw.

Sunday evening show was house full. Theater message was by MGR Devotees Yukesh Babu and Sathya. Sweet was distributed to people who came to watch the movie. 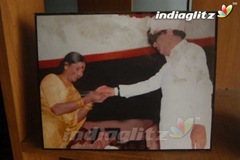 The image was forwarded by Tirupur Ravichandran taken from India Glitz website. We srimgr.com team prays for her soul to rest in peace.

This is the 100th post of the year 2011. The landmark was all possible by MGR Devotees and MGR Fans such as Yukesh Babu, Sathya, Sailesh Basu (UAE), Tirupur Ravichandran, Bangalore S.Vinod, Olikirathu Urimaikural Editor B.S.Raju, Venkat and others. For me alone it takes about 4 or 5 days for updating one post, the people above mentioned have helped me in updating our beloved Leader Purtachi Thalaivar MGR blog regularly, that is nearly one post every 2 or 3 days.

Thirudathe 50th year function was celebrated in German Hall, Chennai on 14th August 2011. And a special edition was released by Mrs.Saroja Devi.