A Man Who Lives In The Heart


Billions of people have lived in this planet, of these only thousands are remembered to this day. We are proud to say that we are MGR fans because our beloved Puratchi Thalaivar MGR is one in that thousand. MGR gained that status not only as an actor but through his philanthropy.

A brief example of MGR's philanthropy and benevolence is narrated beautifully. MGR was in the shooting of Meenava Nanban and the incident of MGR's helping hand towards 20 hard workers who toiled in the forest of Udipi. The article appeared in Dina Malar and shared with us by MGR's bodyguard K.P.Ramakrishnan's son R.Govindaraj for our blog.

The song scene from Meenava Nanban.


How many of us had the collection of MGR songs in cassettes, this question is bit awkward when asked today.  As the cassettes have become obsolete, the place was taken over by the arrival of Compact Discs in mid 1990's. Passage of time and innovative ideas, CD audio format changed to mp3. Now everybody carries all of MGR movie songs in their mobile phones.

I had a good collection of cassettes not only of MGR songs but also MGR speeches the one I tried my best to preserve is our beloved Puratchi Thalaivar MGR's speech in Marina on 17.10.1972. A fiery speech, I have not heard so far. The time is a cruel master the magnetized tape lost its content. So far nobody has uploaded or told about this particular speech of MGR in any social media.

I used to buy cassettes from my over time money, some cassettes are in working condition and many are not but still it is with me. 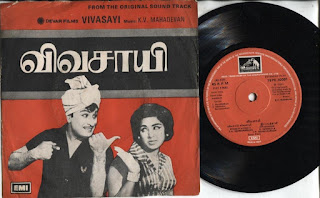 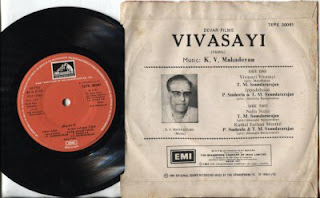 Today's post is about the analog sound storage medium called vinyl record or LP (Long playing) there are lot of collections even now in the house. Recently I came to know that couple of MGR movies LP are sold in eBay site. I found some which I like to share with you. 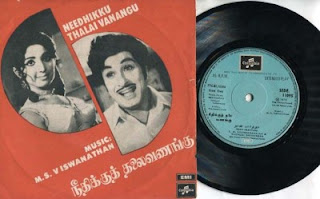 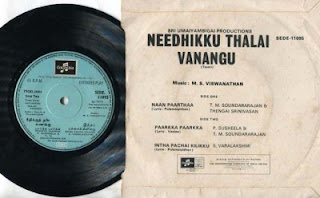 Above images are from the movie Vivasayi, Neethiku Thalaivanangu These records are still in working condition. 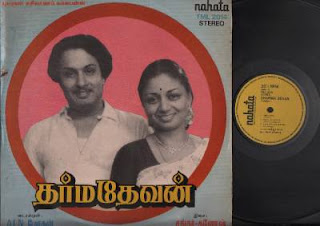 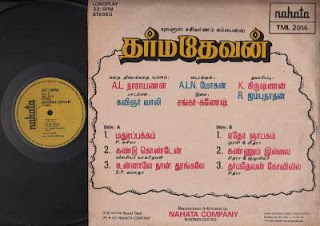 Not a MGR starer movie but a look alike of MGR has acted in this film. It has six songs and the music is composed by Sanker Ganesh.

One of the quotes of Confucius I liked to share in our MGR blog. 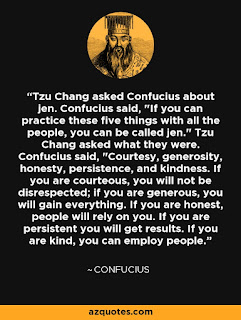 Courteous - You will not be disrespected

Generous - You will gain everything.

Honest - People will rely on you.

Persistence - You will get results.

Kindness - You can employ people.

I don't have to tell you that anyone can find all these five features of Jen (Ren) in our Puratchi Thalaivar MGR's life. With kindness showered by MGR, he does not need people to employ rather they worked for him unconditionally.