One of my friend Methil Rajan have posted images of Vadavannur house constructed by our MGR. I requested him to send me all the images for re-posting in our MGR blog. He kindly did. From his own words.

It is located at the place called Vadavanur which is 24 KM from Palakkaad city. It is on the route of Palakkad-Kollengode. 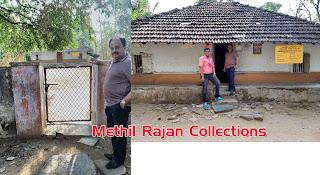 On Thalaivar's 100th birthday morning 8-30, I went to that place and found the outside small gate is locked and the neighbours told me that it is now Anganvaadi run by Vadavanur Panchayath and it will be opened by 9-30 am.  So I waited there for an hour.  One lady teacher Ms.Rajini came and opened at about 9-30 am. She started cleaning the premises. 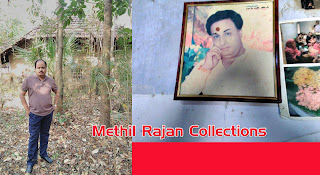 She said the legal heirs of this property left it and no one is there to look after this house.So Vadavanur Panchayath took over this small old house and made it as Anganvaadi.  There were some items like old furniture's which were kept in a room under lock and custody of Vadavanur panchaayath and the rest of the place is used for Anganvaadi. 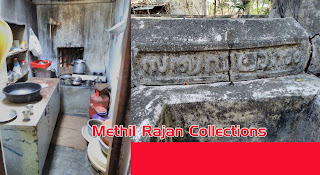 It is in a pathetic condition, low maintenance. They are only doing cleaning work and if require some minor repair work.  One small photo of our thalaivar is there in that hall. And back side of the house there is a big well in that Sathyavilasam is written in Malayalam.

That teacher told me to see the well and asked me to cautious going there because lot of snakes are there since it is not maintained properly".

The people of Vadavannur have celebrated our beloved Leader Puratchi Thalaivar MGR's 100th birth day in grand manner. The Malayalam daily "Mathrubhumi" have published the news about the function. 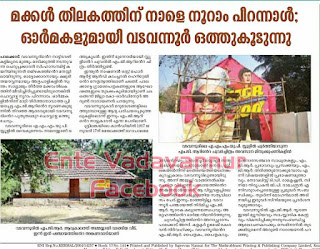 MGR's mural painting on the wall of AMMUP School, Vadavannur was opened on 17.1.2017 and they have proposed an idea for construction of MGR memorial museum. 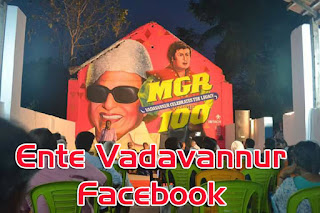 Today 17.1.2017 is the Centenary year of our beloved Leader Puratchi Thalaivar MGR. The world is celebrating his birthday in a grand manner. The Government of Tamil Nadu has announced 17th January as a holiday to commemorate our Thalaivar's centenary. We srimgr.com team thanks the Chief Minister O.Pannerselvam for his gesture and also writing letter to the Central Government to issue commemorative coin and special postal stamp on the birth centenary of former Tamil Nadu Chief Minister MGR. 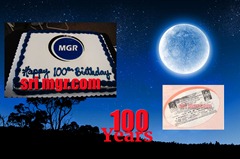 As this a special day for us, we have published a post as a tribute to our MGR. 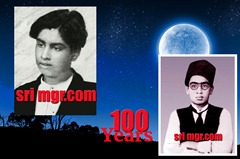 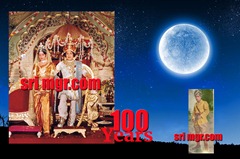 The images above are, to the right MGR’s first movie Sathileelavathi and to the left his last movie Maduraiyai Meeta Sundarapandian 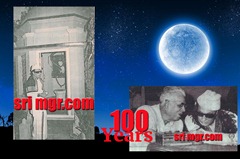 MGR in front of his Mother’s Temple and to the right MGR with his brother M.G.Chakrapani 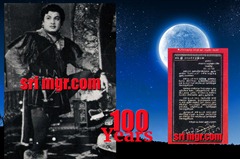 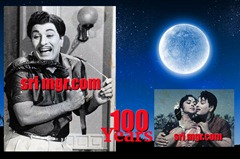 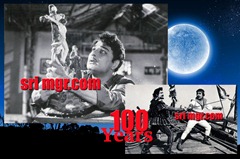 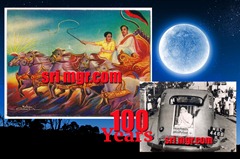 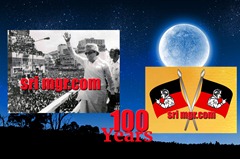 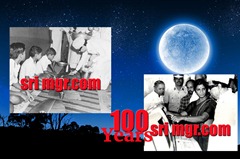 The contents that I have published here are deleted. The contents will be available soon.

1997 to 2006 : With MGR's vote bank envied by other parties Jayalalitha came back in 2001 and by 2006 DMK with Congress formed Government. As usual MGR movies were re-released all over the State, subsequently his Emgeeyar Pictures 3 titles, Nadodi Mannan, Adimai Penn and Ulagam Sutrum Valiban were released in digital formats.

2007 to 2016 : The vote bank was again used by other parties, Jayalalitha secured the confidence of MGR fans and faced the election in 2011 and 2016, ADMK was a ruling party. The 1965 classic hit Ayirathil Oruvan was digitised and released all over Tamil Nadu. On MGR's centenary year the party formed by MGR is still the ruling party after the demise of Jayalalitha. Some of his fans one who thronged the theatres understood the principles of MGR and constructed a temple and made MGR as their God.

The images were from my MGR fan friends. Your comments can be mailed to replytomgr@live.in 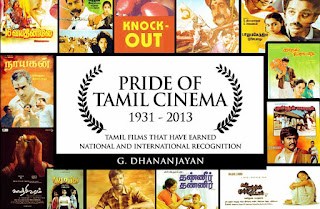 In 40th year of Chennai Book Fair, I went to several stalls in search of Thalaivar books. One stall "Pure Cinema" attracted me and I went in. A book was showcased, titled "Pride of Tamil Cinema" written by Dhananjayan Govind.

Since it talks about Tamil films the book has covered some of our beloved Leader Puratchi Thalaivar MGR movies. The print quality, description and images are very good. On page 89, the book has mentioned about  the movie "Marmayogi" in two pages. And I found that the image is from our website as they have not removed the water mark. 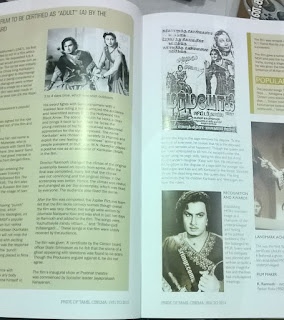 Inserted image is the review of "Marmayogi" movie. Click the above page.

Only 18 posts were published by me in MGR blog in 2016. I thought the readership will get reduced as there is no new post. Contrary to my belief, I was astonished to see a huge increase in readership, with less number of posts the readership has increased 4 times. 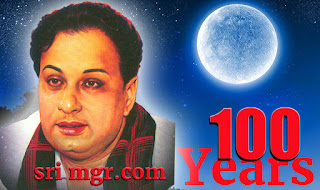 The posts with more than 1000 plus unique visitors are:

2. King of Boxing (In memory of Boxing Legend Md.Ali)

The posts with more than 900 plus unique visitors are:

The posts with 800 plus unique visitors are:

All the above are linked to the appropriate posts. We srimgr.com team thanks the readers for their support and suggestions.

The year 2017 is our beloved Leader Puratchi Thalaivar MGR’s Centenary year. We have some plans to publish a special article for the 100th birth day. 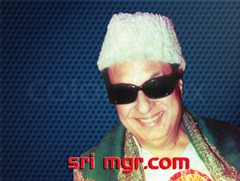 In this day we, srimgr.com team wishes the MGR blog reader a very Happy New Year 2017.