“The language policy cannot be implemented by laws and threats, it needs a human approach”

After assuming office of the Chief Minister of Tamil Nadu, our beloved Leader Puratchi Thalaivar MGR continued two language formula. Below are some points he voiced as the ruler of the state. 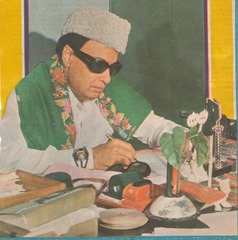 Two weeks back an article was published in Tughlaq Tamil magazine, in that a reporter mentioned that Bharat Rathna should not be awarded to our beloved Leader Puratchi Thalaivar MGR and it was a terrible mistake. 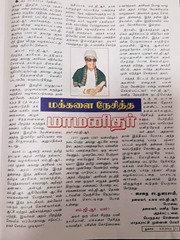 The article created depression for MGR fans and some fans retaliated in their Facebook status.  A fitting reply was given by former Chennai Mayor Saidai Duraisamy. And the same was published in Tughlaq magazine dated 5th September 2018.

Please click the above image to read the reply of Saidai Duraisamy.