This morning Yukesh Babu an MGR devotee called me and shared fantastic news to MGR fans that a new animation movie starring our Puratchi Thalaivar MGR as Vandhiyathevan in Ponniyin Selvan Part 1 has been uploaded in Youtube.


The link opened to the "The Spirit Of Ultimate warrior" 4.52 minutes is sheer MGR entertainment, a superb lyric that only fits one person in this entire world and that only person is our MGR.

The closing line of the song is the goosebump.


Below are some of the close-up views of our MGR from the song.

The background animation is worth mentioning, lush green fields, an overflowing river, fishing boats, children playing on the riverside, flight of 100s of birds, farmers harvesting, magnificent and bustling Chola town, breathtaking fight scenes are joined with the song. The animation of MGR is to a stunning level, the veins on MGR hands are also visible that much work they have done. Kudos to all the animators for their hard work.

Ulagam En Ulagam, composed by Ramesh Thamilmani, penned by Karky and sung by Santhosh Jayakaran,  is a song from Vandhiyathevan: Ponniyin Selvan Vol 1, an animated adaptation of Kalki’s Tamil masterpiece ‘Ponniyin Selvan’. This animated feature is produced by Saneeshwar Animations International.  This project serves to fulfil MGR’s long-held dream to act in a movie based on Kalki’s ‘Ponniyin Selvan’.

And now the Song Video:

Or click the above link to view in full screen it is better to view this in PC.

Are they going to release this as a movie or a web series? Also guessing how many of us are going to have this MGR still for their mobile phone background. 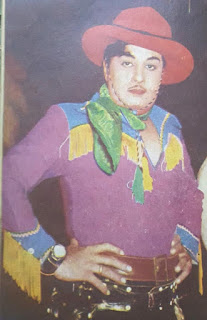 Many movies of our beloved Leader Puratchi Thalaivar MGR were released during Pongal festival. And many of us know that MGR participated only in celebrating Pongal. 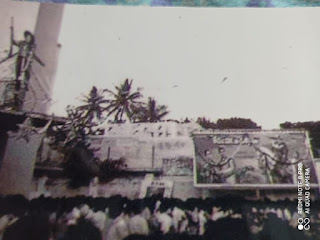 Bangalore Vinod had shared many images relating to Pongal MGR movie releases some are rare images the first time I am seeing it.


The blockbuster hit of the year 1965 'Enga Veetu Pillai' some images not shared in our blog till now. Already I have posted the 100th day, 150th day, 175th day and 30th-week ads so I choose this to share in our blog. 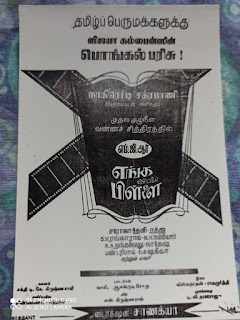 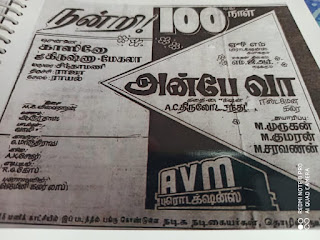 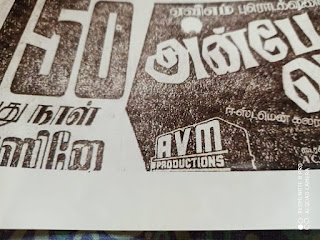 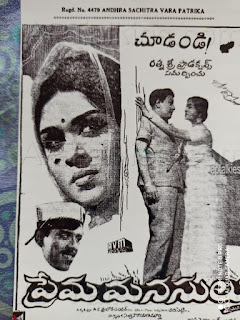 Above are the ads published by the then newspapers 100th day and 150th day of Anbay Vaa and also Telugu ad for the same.


Mattukara Velan a silver jubilee movie in 1970. This movie has now completed its 50th year and still re-released in Tamil Nadu and the same is been converted to digital. 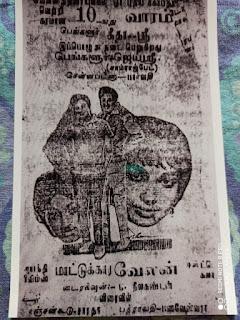 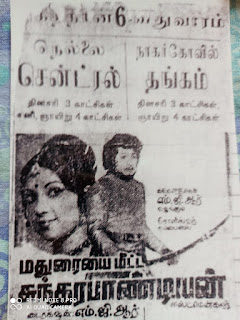 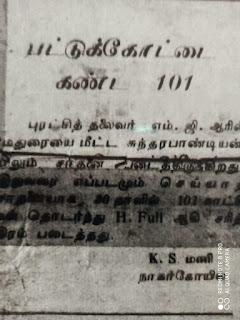 I have already uploaded the 50th-day ad of the last movie above is the 6th-week ad in theatres such as Central - Nellai and Thangam in Nagercoil.


I happened to watch the below video, an interview of Poet Laureate in Puratchi Thalaivar MGR's regime Poet Muthulingam. The video is the first part, the duration is 1 hour but the poet reminiscences about MGR's helping him in getting chance in the movies as a songwriter and other memorable incidences for first 55 minutes of the video. Do watch the video which is embedded below.