We have already posted one video featuring our Puratchi Thalaivar MGR returning from the United States on February 5th 1985, due to overwhelming download of that rare video, one of MGR’s close aide Mr.S.A.Alagarsamy had thanked me and sent me one comment.

Many years before Mr.S.A.Alagarsamy invited me to his house, he showed one rare photo of MGR giving the election speech to Doordarshan and also some of his family photos with our beloved MGR. One such was the photo of his family with MGR taken on 5.2.1985. Which he had framed and kept it in his house. Mr.S.A.Alagarsamy had sent me his comments which I want to share with you all.

I was waiting at Madras airport when our Thalaivar returned from USA since I played a small role from Apollo hospitals Chennai while he went for treatment. That same day evening I took my family to get blessings from our great Leader.

I was in customs then so I was so close to our Thalaivar in airport. That day was very strict even for big leaders to come inside airport but I went early and was seen by our Leader. He saw me and waved His hands to mark me.

How can I forget those moments...

I thank you so much

with my best regards

Thank you very much sir for sharing your cherished memories with us. Below is that rare video posted again. Click to download. 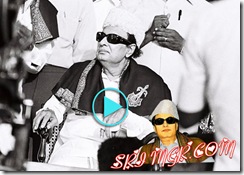 P.Bhanumathi is one of the leading lady who had acted with our Puratchi Thalaivar MGR in the following movies.

all are black and white movies her portion in Nadodi Mannan is also black and white only. Below is an article written by her, the article is given as it is with the error of number of movies acted with MGR. 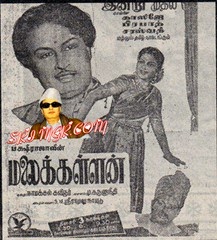 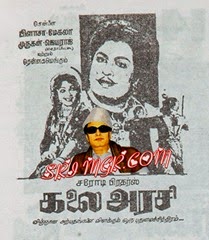 I feel, I am not competent enough to talk about a genius in all spheres. The more thought we give to his achievements we come to the definite conclusion that there are still some elements in him which elude our incomplete perception, that enhances his entire personality.

I began to think about him more deeply only after his appointing me as the Director and Principal of the Government College of Music. 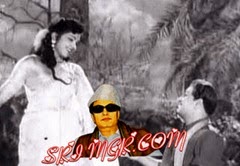 I was not fortunate enough to act in many pictures with Puratchi Nadigar Dr.MGR. I have acted only in 5 films Malaikallan in 1954, Mathuraiveeran, Thaikkupin Tharam and Alibaba and 40 thieves in 1956 and Nadodi Mannan in 1958. But I have the supreme satisfaction that all the films were, epoch makers both in box office and the total period of runs.

He was the reigning monarch in the film world before he become the real monarch of the Tamils. He had every quality for being at the top of every field in which he was involved. It can be said very aptly that he is a genius in assessing individuals and situations. Like an encyclopaedia, he would store all information about everyone who came into his sphere and utilise them appropriately. Even experts in the field of various sections of the film making, use to wonder at his ideas how they could not be bettered.

He fully knew the great potential of the film media and took every pains to see that only good things for the individual and the nation were portrayed in them. The scenic effects will bring out the best in our country. The dazzling dresses will be portly but without exhibitionism and within the norms of our culture. The songs, the contents, their tune will all be simple, direct and more pleasing to the ear and the knack he uses for fulfilling these will be subtle and no wonder they attracted the layman and the learned to force them to see his films again and again.

He had a lesson for every one - the young, old, the poor, the rich, the girl, the women and the mother. I am most fortunate in his selecting me for all his masterpieces. After leaving the film he had selected me to head the Government College of Music. My father had desired me to propagate music and his wishes have been met by my most beloved Dr.MGR. He had definitely weighed my qualifications and capacities and had, had great expectations of me. I will definitely fulfill his aspirations for propagating the sacred heritage of our hoary system.

No one actor, any where in the world, was a master in all the braches of film making. Not only that. No one steadfastly stuck to the portraying of only the good aspects of life and no one successfully bent others in the field to his view and admirably came out unscathed.

It is not precepts only. He proved himself the unquestioned master by directing and producing masterpieces. How aptly and well the title “Revolutionary Actor”, sits on his broad shoulders! 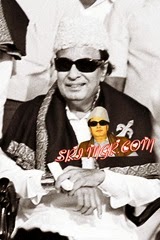 From the video clip:

On that misty morning the air plane without any difficulty landed on the tarmac. MGR exited the plane and the mist has come down a little giving a chance to glance at our Puratchi Thalaivar MGR who like before was saluting the crowd.

His Ambassador car took him to the specially arranged stage. There MGR was welcomed by senior members of the party. Watch the below video clip. The last two seconds of the video clip is the core of this post. What do you get from the last two seconds? Your thoughts can be mailed to replytomgr@live.in

The video clip was posted by Kumar Rajendran in facebook I edited the video and added images and sound clips. I have to thank MGR Devotee Yukesh Babu for this post. 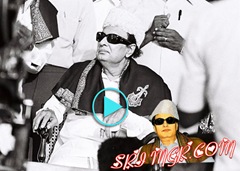 The images in the video clip is from the collection of S.S.Ramakrishnan, Madurai. A big thanks for his sharing and support. 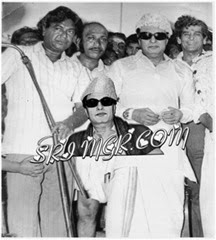 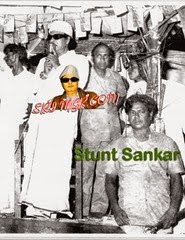 One of the five body guards of our Puratchi Thalaivar MGR and who mostly acted as villains henchmen in many MGR movies “Stunt” Sankar passed away early morning today. We srimgr.com team expresses our sincere condolences to Sankar and his family and also prays for his soul to rest in peace.

K.P.Ramakrishnan’s son Govindaraj had informed me about the sad demise of Stunt Sankar. Below is the message by Govindaraj.

Images are given by K.P.Ramakrishnan (MGR’s bodyguard).

This is the continuation to the previous post of Enga Veetu Pillai Golden jubilee. Our Puratchi Thalaivar MGR donned dual role in this movie. Two contrasting characters one a daring and dashing Elango and another coward Ramu.

In all the 115 movies MGR acted as a hero, the character is always daring, and energetic. We always get a positive energy on watching his movies that much he took care for his character. But in Enga Veetu Pillai the character Ramu born in Zamin family is ill treated by Nambiyar grows up as a coward. Whenever the word Gajendran is mentioned and whenever he sees him, MGR shows the fear in his eyes. 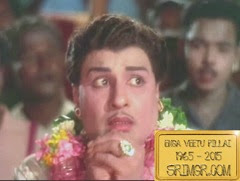 In the movie MGR goes to a function without the knowledge of Nambiyar but other people comes to know about his presence, he was garlanded and praised which provokes Nambiyar. The emotions of Ramu is easily detected from the non verbal signs, MGR conveys the fear by clenching his fist, covers his chest and in extreme fear the chin is held down and makes less eye contact with the person. MGR does this perfectly on screen. Check the above images.

After this scene MGR was whipped badly by Nambiyar (wondering how people reacted in 1965) the injury is visible on the front and back of the body. MGR had perfectly reacted to the injuries he had sustained. After the beating when Pandari Bai and the baby touches him, MGR shows the REACTION to pain. The reaction part continues till MGR gives promise to Pandari Bai. See the below images.

MGR reacting to the hug of Baby Shakeela

Though Ramu character is the crux of the story his part is little compared to Elango. The character has very limited scenes to grab our attention. But very wisely MGR does that.

Baby Shakeela stops MGR from the action and she tells this to her mother Pandari Bai. She tries to comforts him but MGR says why should he want to live, he is not intelligent, he is whipped like an animal,why should he want to live, he has only grown up but he does not know about the world. In the function someone said that one should live with honour but sister, I do not want that kind of life but only want to live like a common man. With the above lines MGR captivates our heart and will make us cry.

Even the cook ill treats Ramu

Another scene where Ramu character scores over Elango is Saroja Devi comes to see Ramu. MGR dominates the whole scene with his submissive character. One such is pronouncing his name.

After coming to know the real plan of Nambiyar, MGR escapes from the Zamin, wanders aimlessly and comes to a hotel, where Elango has just satisfied his voracious appetite and leaves without paying. Ramu takes up the same table and orders his food, the way MGR pushes the plates and eats, the table manners shows his royal birth.  Click the below images. 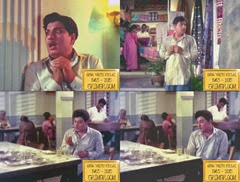 After Ramu fells unconsious and saved by Rathna, MGR reacts when Elango’s mother gives him food. He struggles to intake the curd, shows the signs of vomiting and then he gets relaxed when the food settles. The expression only lasts for a second and it proves our Puratchi Thalaivar natural acting talent.

Ramu’s depressed state changes to the new environment he enjoys his life as a farmer and with his new found girl friend Rathna.