What is acting? Simply saying, actualizing. Unlike other contemporary actors MGR performed under acting even in sensitive scenes. What would you expect from a typical Tamil Heroine part, she admires, smiles, romances, dances, dines, sings, and sobs in Two and half hour?

In Ulagam Sutrum Valiban movie there was three main heroines apart from Mehta Rungroth, a Singapore TV actress who also took up as a heroine. MGR as a Director used Mehta Rungroth like a typical Tamil heroine! Like admiring, smiling, romancing, dancing, dining, singing and finally sobbing all in just 15 minutes. (And finally saying one word "Thangachi" (Sister).

You can find the clip of MGR and Mehta part in Ulagam Sutrum Valiban by clicking here http://mgrmovieclips.blogspot.com/2007/03/candid-camera.html (The video clip size is 1.2 MB, 12 seconds and it took 15 mintues!! to upload because I have dial up!) and you can see the natural acting talent of both and I bet you can't say it is acting, it is candid.
Posted by Roop 1 comment: 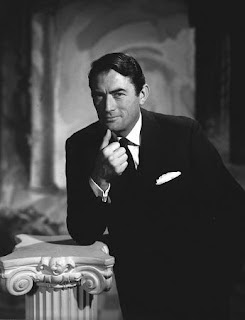 Princess Anne embarks on a highly publicized tour of European capitals. When she and her royal entourage arrive in Rome, she begins to rebel against her restricted, regimented schedule. One night Anne sneaks out of her room, hops into the back of a delivery truck and escapes her luxurious confinement. However, a sedative she was forced to take earlier starts to take effect, and the princess is soon fast asleep on a public bench. She is found by Joe Bradley, an American newspaper reporter stationed in Rome. He takes her back to his apartment. The next morning Joe dashes off to cover the Princess Anne press conference, unaware that she is sleeping on his couch! Once he realizes his good fortune, Joe promises his editor an exclusive interview with the princess... for further reading of Roman Holiday click http://www.imdb.com 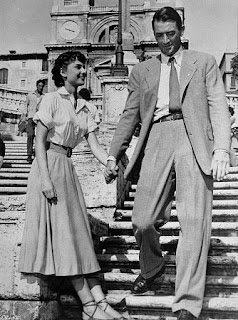 Do you know that Roman Holiday Tamil version was filmed and it was acted by MGR in the role of American Journalist Joe Bradley (Gregory Peck)? If you have seen that beautiful film 1953 Roman Holiday (black and white) directed by William Wyler and starred by Gregory Peck, Audrey Hepburn, you cannot imagine and relate the film to MGR right.

Ok the fact is MGR story writers know how to use the Gregory Peck's character Joe Bradley to MGR and give less importance to the character of Princess Ann. They refined the story to MGR's image and added songs and fights as necessary to the Tamil film. Can you guess the film, if no the answer is "Chandrodayam" MGR is a News reporter who has lot of affection to the Poor and doing his duty as it is. Princess Ann character is donned by Jayalalitha who is a Rich Girl who doesn’t know the outer world. She comes out of the her world and she was taken care by MGR. She falls in love, duet songs, and fights as usual. 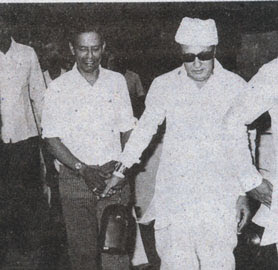 MGR's villain was M.R.Radha who is the Editor of the News Paper, who as usually utters "Suttuduvan" (I will shoot you) in this movie also. MGR was from Dravidian movement his film reviews were always remarked badly by most of the yesteryear News Papers and Magazines. In this film one scene M.R.Radha was greeted by a Producer who asks him to praise his movie and boos his opponent film, M.R.Radha accepts the offer and says "Avan padam varutha" with a grim face, MGR interrupts and ask him to be honest in his work. When MGR exits from the scene, the Producer ask the Editor to fire him. But M.R.Radha refuses saying this kind of protesting persons should not be fired as they will create more problem when let out, it is good to work him. (As this really happened when MGR was expelled from DMK in 1972) The lighter side was by Nagesh who always have difference of opinion with his wife.

His solo song "Buddhan, Yesu, Gandhi piranthathu" was thought provoking and the duet songs are as usual.
Posted by Roop No comments:

This survey I checked online for two days to create, feel free to participate in this Survey.

Actress Latha was called Younger Sister-in-law or "Chinna Anni" by MGR Fans. She first starred with MGR in "Ulagam Sutrum Valiban", though started in 1970, released in May 1973. She acted with him nearly 10 films and all are Colour Films. She was a Good Dancer too.

MGR used Latha's talent in film as well as in his Political career. She used to perform Bharatanatyam before the start of MGR Rally or important meetings. 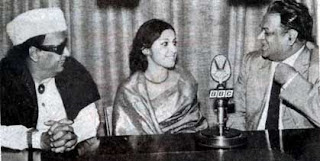 Success ratio of this pair is low when compared with Saroja Devi and Jayalalitha. Unfortunately she did not get a big role like others, as MGR at that time was in active Politics.

Saroja Devi, Jayalalitha and Latha have acted in MGR Pictures Banner. Entrance of Saroja Devi and Latha as Actress are through MGR Pictures and in his Direction. She has the credit of Water ballad duet song shot entirely in Huge Glass Tank for the film Ulagam Sutrum Valiban.

After MGR death she entered politics that was for a short period, now she is acting in movies and TV Serials.
Posted by Roop No comments:

I have updated the MGR Movie Blog please click here http://mgrmovieclips.blogspot.com/2007/03/camera-stueady.html
Posted by Roop No comments:

Yes that is the Expo 70 Full photo. Most of them replied which I edited so that others will say it easily without guessing.Expo 70 held in Osaka Japan in the Senri Hills, spread in 815 acres. The theme of the expo 70 is Progress and Harmony for Mankind. Date of inauguration was March 15 to September 13, 1970 (i.e. 183 Days) Exposition was called "Hakurankai" in Japanese. 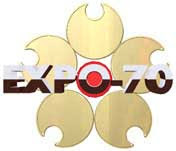 The Expo 70 had 5 entrances and also the Emblem of Expo 70 is after Cherry Blossom with 5 petal symbolizing 5 major continents and Red circle in the centre for Japan. Total visitors 64 millions and in this one person is MGR. So MGR now known as 1 in 64 millions! Rather than 1 in one thousand (Ayirathil Oruvan)

It took me two weeks watching the movie and pausing often to note down the pavilions and Internet searching to write this Blog. I hope it will satisfy MGR fans and gave some details about Expo 70 scenes. No body in the Website has mentioned the shooting of any film. And thanks to Yuki Chiyama teaching me the Japanese culture to me.

For Your Eyes only 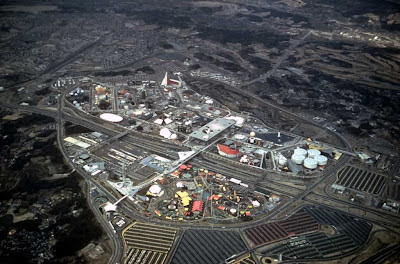 This is an Ariel photograph, most MGR fans will easily say what this is…. can you guess?

Anecdote of a Pilgrim 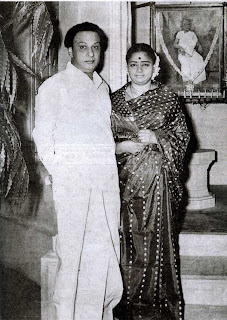 Today I and my brother went to MGR Memorial House, to give the list of MGR related Website to Mr.MGR Muthu, but he was busy, I have to wait in the mean time, I went and looked around which showcased Gifts, Honours, Medals, Letters received by MGR in his Film and Political career. (Visiting Hours was 10 am to 5 pm)

I looked at his Watch with Steel Strap, how big it is, with some visible scratches, riveted edges. The most coveted award given to Indian Citizen the Bharat Ratna Award and Lion Raja. A family also came to view, when they came to the Photo section in the House, there was a photo of M.R.Radha, (who tried to kill MGR in 1967) there a man said, this is the ****** who shot MGR, if he didn’t done that to MGR, he might have lived another 10 years, ******** he ruined MGR's life. (**** are bad words)

I went in search of MGR photos in Royapettah. And came back by 5.30 pm, and I was allowed inside (special permission) to meet Mr.MGR Muthu and the Manager Mr.Shanmuga Sundaram. They greeted me, and I handed over the list and asked about the rare photos of MGR and he gave the address to me.

The sword and sceptre he used in the movie "Nadodi Mannan" and the Plaster with MGR's blood in it persist in my mind.

Facts from the Past

Mr M. Karunanidhi, the leader of the opposition and a former Chief Minister of Tamil Nadu is strongly supported by twenty per cent of the people. The relative support enjoyed by the different political leaders has not changed very much during the last year. These are some of the findings of a statewide sample survey conducted by the students of the Statistics Department of the Madras Christian College during the second week of January 1982.

A sample of about 1800 adults were carefully chosen taking special care that they represent the entire adult population of the State. One-fifth of the respondents were selected from tiny hamlets, half the number of respondents from villages and the others from small towns, large towns and cities. Student volunteers visited all the districts of Tamil Nadu to meet the respondents. The results were processed by the students with the aid of a computer. The computer results were checked by hand calculations. With reference to each political leader, each respondent was asked to state whether he or she strongly supported the leader, or just had a good opinion of him/her, or strongly opposed him/her, or had not formed any opinion at all about the leader. Each respondent could have a good opinion of more than one leader but was allowed to strongly support only one leader.