A Day In Mahe

After formation of ADMK party by our beloved Leader Puratchi Thalaivar MGR, the party for the first time in 1973 contested in Dindukal election, ADMK receivied substantial amount of votes and won the contest.

In the year 1974, the Election Commission announced that Puducherry Parliament and Assembly elections are to be held simultaneously. ADMK and  alliance Communist Party of India contested. The Union Territory of Pondicherry has four districts, two are in Tamil Nadu, one district in Andhra Pradesh called Yanam and another district Mahe in Kerala.

On campaign MGR was welcomed by the mass. On looking at people surge MGR predicted that ADMK will form the Governmnet in Puducherry. On the next part of the campaign MGR went to Mahe which is in Kerala, there the crowd requested MGR to speak in Malayalam. Without any hesitation MGR replied in Tamil that, “I know only one language, I grew, I gained popularity and now I am standing before you all is due to Tamil Nadu only. How is it possible for me to speak without knowing the lanuage? If you are interested please listen to my Tamil speech, if you are unwilling for my Tamil speech you can leave.”

K.P.Ramakrishnan, MGR’s body guard who was with him during the campaign has written the Mahe incident along with Pondicherry election in Kalki magazine in 2009. His son Govindaraj has sent the article to share in our MGR blog. Below is the full incident of Puducherry election. 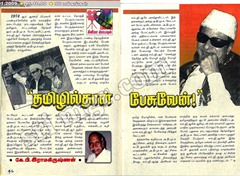 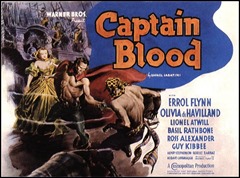 After the watching Captain Blood I was in rage and wanted to publish the post on that day as the movie looked like a water downed version of Ayirathil Oruvan. But I took some time to cool. And now after watching it for second time I choose not to write because the English movie is based on the story of Rafael Sabatini. For cinema they take some liberty to cut short and change the scenario to suit the mind of director or producer for that I had purchased the novel and going through. Coming week I will publish the post and will point out similarities and variation between these two movies.

Below is the trailer: