Emgeeyar Pictures Adimai Penn was released in 5 centres in Bangalore. MGR Devotee Vinod has forwarded 50 images to share the information in our Blog. 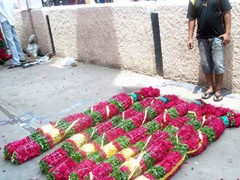 Garlands placed side by side to grace our beloved Leader Puratchi Thalaivar MGR banners. 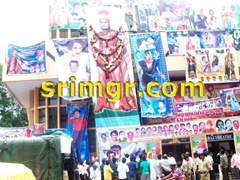 People, pooja and crackers and this means there is a MGR movie running nearby. The mega function celebrated by MGR Devotees and Fans for the release of Adimai Penn a 49 year old movie in Bangalore.

Emgeeyar Pictures Adimai Penn has been released this week, 5 theaters in Bangalore and one in Kolar Gold Field. Not only MGR movies old Tamil movies were not released for the past 15 years in Karnataka State. 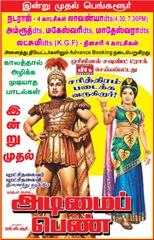 The five theaters are:

All theaters are equipped with DTS. The original sound track has been digitized.

The news was forwarded by MGR Devotees Vinod from Bangalore and Yukesh Babu. 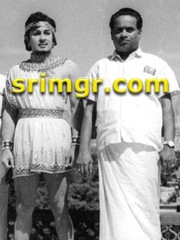 The above image was forwarded by Tirupur Ravichandran.

Latest news from Bangalore: Vinod has watched the movie in Natraj - DTS and the theater was 70% full for Friday. More news will be updated soon.

Another mile stone for our Thalaivar fame. Our beloved Leader Puratchi Thalaivar MGR statue is going to be unveiled on June 25th by MGR Fan and Tamil Movie Actor Sathyaraj in Malaysia.

This week two MGR movies are released subsequently. They are Emgeeyar Pictures Nadodi Mannan and Kulaebaghavali.

This ad was given in Daily Thanthi on Friday.

This ad was given today in Daily Thanthi.

And another MGR movie re-released in Saravana Theater is Kulaebaghavali, both movies were released in 1958 and 1955 respectively.

MGR Devotee Murali from Tambaram have creative talent of modernizing MGR images. He had created MGR images in 3D also.

MGR’s mentor Arignar Annadurai has written the movie review of Nadodi Mannan during the end of 1958. The review is seven pages retelling the movie to us in words. 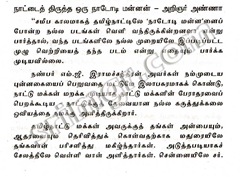 Page 1 of the review written by Arignar Anna. 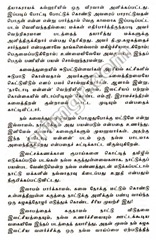 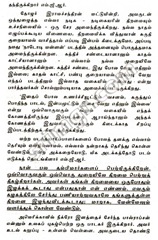 MGR’s mentor states about the dialogues, romantic scenes and fight scenes which he feels is better than any other movies. 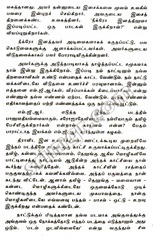 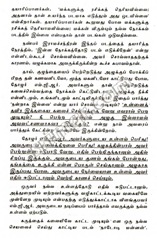 Arignar Anna praises MGR’s shrewdness of using Dravidian ideologies into a successful movie. He further more states that this movie will be remembered for a long time. 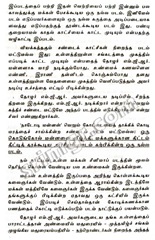 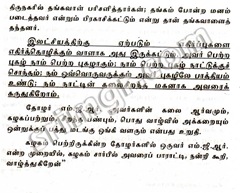 The images were used from “Nadodi Mannan” book published by Najaath Publications, and written by Dewan. Thanks to Hardware Merchant and MGR Devotee Venkatesan for providing the book to share in our blog.

The Book review was already done in January 2011 click here the link below for the Book Review Post.

MGR Devotee Tirupur Ravichandran forwarded the news and image to be shared in our Blog with MGR Fans. 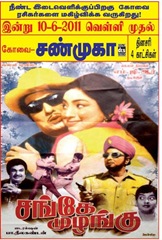 After a long time MGR movie Sangkae Muzhangu is re-released in Coimbatore and the ad was published in Maalai malar Coimbatore Edition.

A temple for our beloved Leader Puratchi Thalaivar MGR has reached the completion stage. One of the leading English daily The Hindu has published the article on 5th June 2011 in the Downtown section titled Temple for MGR. 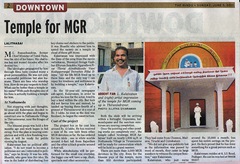 The image was forwarded by MGR’s Grandson MGCB Pradeep.

Here is a couple of rare images uploaded by MGR’s Grandson in his blog, click the image to read further. 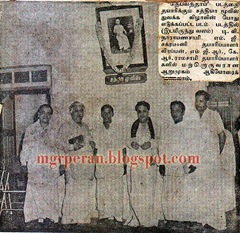 Click the above image for viewing other rare images of MGR.

MGR Devotee from Tirupur Mr.Ravichandran has forwarded a scanned copy of the special edition published in 1963 which he has preserved to this day and to share the same with other MGR Fans and Devotees through our MGR Blog.

On 15th July 1963 the then Chief Minister Kamaraj birthday was celebrated and a special edition was published by the Government.

Our Puratchi Thalaivar MGR has written an article respecting his qualities and attitudes. 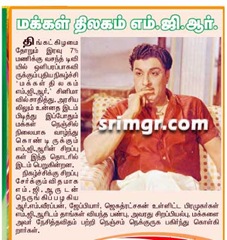 The program is about MGR’s personality in Politics and Cinema.  The persons close to MGR will also give interview.

The article was published in Daily Thanthi yesterday edition.

A question about why the people of Tamil Nadu gave the opportunity to MGR to rule Tamil Nadu for continuous three terms and why not others?

The answer given is the same thought of MGR Devotee.

Click the above image to read the Question and Answer.

A flower-seller’s love for MGR

MGR Fan from United States Abul Hassan (a.k.a. MGR Visiree) has sent me an article that appeared in The Hindu Newspaper to share it in our Blog.

“I am now known in the cine world as the man who garlands MGR” One is a struggling flower-seller. The other is a cinematic legend and a former Chief Minister.

Every morning, for the past 10 years or so, the two have met in the middle of Anna Salai here. ‘Poo Kadai’ Sakthi (41) comes armed with just a flower garland for his “idol,” a statue of MGR near the Spencer Plaza junction. After cleaning the gleaming figure, he removes the previous day’s dried garland and places a fresh one – exchanging a few words as he goes about his task. The rush-hour traffic rolls on by either side. 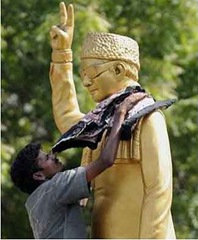 “More than an actor”

“This is not just a statue and he was much more than an actor. He was a good human being,” says Mr. Sakthi. His gesture is simple, but he has done it every single day since he started a decade ago.

During the 2005 monsoon when he had to wade through hip-deep water from the Gemini flyover as his M80 moped refused to move, during the tragic days in 2006 when the Tsunami struck and during innumerable strikes and rallies that paralysed Anna Salai.

His morning routine includes a visit to the MGR samadhi where he lays another garland. After that, he heads back to his flower stall where he works till 10 p.m. to earn his daily wage of Rs.500. Encouraged by film personalities such as comedian Mayilsamy and ‘Idaya Kani’ S.Vijayan, who were outraged by the plight of the statue, Sakthi set out to do what he could “to restore some dignity”.

Sakthi says that he was just another MGR fan who has seen Nadodi Mannan a countless times.

I never knew much about him initially. But seeing all the love and adulation, the tearful visitors at his samadhi, and the frail old women who give me the little money they have just because I garland MGR...his life changed me.” “I am now known in the cine world as the man who garlands MGR,” he says. Whenever there is a function at the Nadigar Sangam or in case a flower decoration is required during a shoot, he usually gets the contract.

“Though I have never seen him in flesh and blood, I get to eat because of MGR. He offers hope and a livelihood to people even when he is not there.”