I have been writing a 200 page new Tamil book on our beloved Leader Puratchi Thalaivar MGR. I have already published 6 books through Amazon Direct Publishing. Of that two are in Tamil. 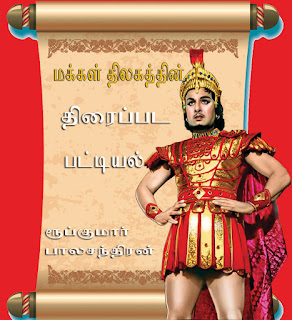 I had a doubt about the font support in Kindle and I came to know that my Tamil font no more supported in their publication. I have to rework the whole manuscript from the start. I just published a small book on the list of MGR movies with date wise titled "Makkal Thilagathin Thiraipada Patiyal" or "மக்கள் திலகத்தின் திரைப்பட பட்டியல்". I won't recommend downloading this book as there is very less information.
Posted by Roop

Vandhiyathevan - Ponniyin Selvan Part 1 is an animated feature Saneeshwar Animations International, the project is based on the story Ponniiyin Selvan, written by Kalki. 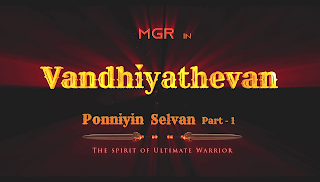 We have already uploaded the animation feature in January 2020 post. The above are some of the screen grabs from the video. Concentrating on the sceneries and long shots to show the grandeur of Thanjavur in the 10th century. 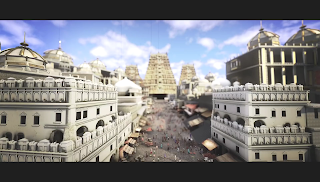 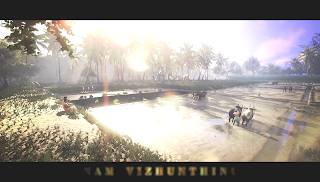 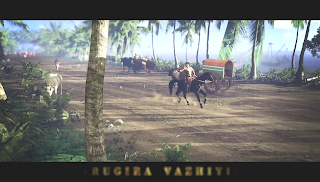 Below are some of the backgrounds from the video, simply superb work by the animators. 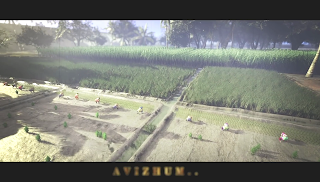 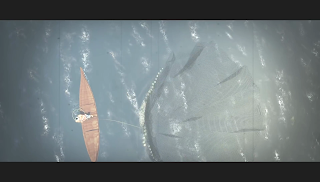 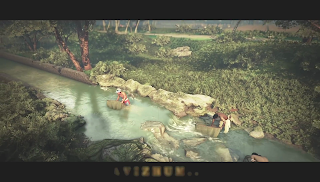 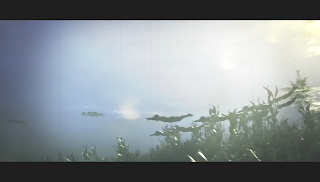 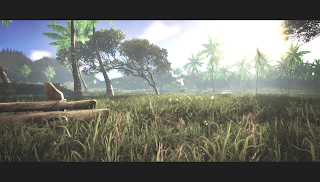 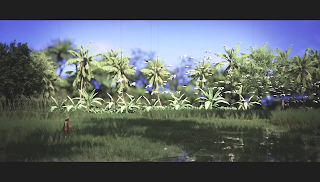 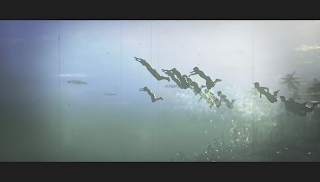 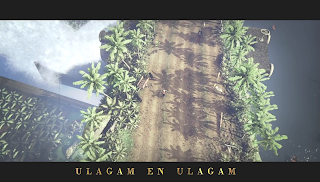 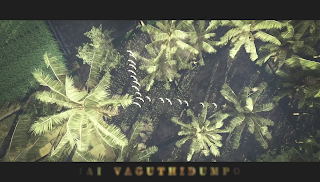 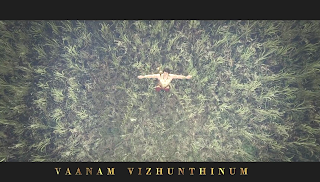 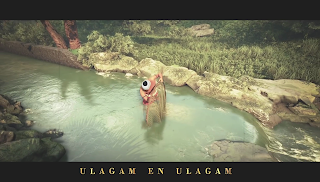 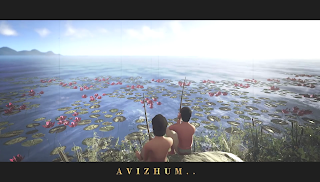 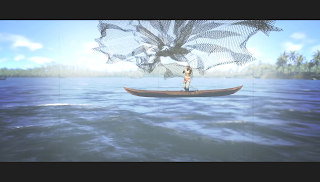 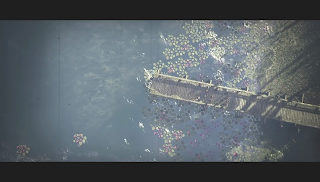 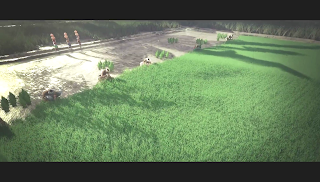 From their page, I came to know that the movie will be released in 2020. Eagerly waiting for the release and any subsequent videos if they post. 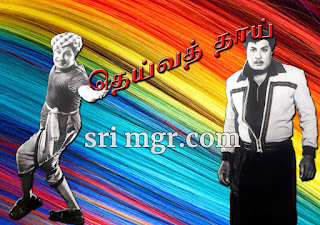 Below article was written by Randor Guy and published in The Hindu dated 2nd April 2016.

One of the biggest hit of 1964, Dheiva Thaai was based on a story idea by Hindu filmmaker Nanabhai Bhatt. The film revolves around MGR, who portrays the role of a CID officer, Maran (this role was inspired by 1960s James Bond film, Dr No). His widowed mother (Pandari Bai) undergoes many problems and sacrifices her married life in order to keep a secret. Maran, meanwhile, is working hard, to hunt down a notorious criminal called Baba. It turns out that the criminal he is searching for is, in fact, his own father Karunakaran (S. A. Asokan). His father, previously an inveterate gambler, has taken on the name Baba under various circumstances and becomes a crook. Baba is also not aware that the officer searching for him is indeed his son, with whom he has lost touch for years. Maran’s mother also does not reveal the secret. It is only in the climax that Maran comes to know the real identity of Baba, and that he is his father. Nambiar portrays the role of a criminal associate of Baba. Comic relief is provided by Nagesh, who plays the role of a talentless musician, trying to teach the art to his students, and also helps the hero in getting information on wanted criminals. The film is loaded heavily with ‘mother sentiment’. Saroja Devi plays the hero’s lover. The screenplay was written by R. M. Veerappan and T. N. Balu, and the dialogue was by a newcomer, destined to create history in Indian cinema: K. Balachander. Music for this film was composed by Viswanathan-Ramamurthi, with many songs becoming hits. Popular numbers include ‘Moondrezhuthil en moochirukkum’ (T. M. Soundararajan), ‘Indha punnagai Enna vilai’ (TMS and P. Susheela), ‘Vannakkili’ (TMS and P. Susheela), ‘Oru pennai paarthu’ (TMS) and ‘Kaathalikkathey’ (P. Susheela). Lyrics were by Vaali and Aalangudi Somu.

Interestingly, Joseph Krishna, later the associate of Viswanathan-Ramamurthi in composing, worked as a choreographer-assistant in this film. MGR excelled in his portrayal as the affectionate son and sincere CID officer. Equally impressive was Pandari Bai as the sacrificing mother. S. V. Sahasranamam, noted stage and film star and also producer, plays the senior police officer who takes care of the suffering mother.

Remembered for: The melodious music of Viswanathan-Ramamurthi, impressive performances from MGR, Pandari Bai, and Saroja Devi, and Nagesh for his comedy.
Posted by Roop


Due to Coronavirus pandemic, the theatres in Tamil Nadu were closed from 17th March onwards. During March 2nd week our Puratchi Thalaivar MGR starrer Ragasiya Police 115 was released in digital format in many theatres all over Tamil Nadu.

MGR Devotee Venkat has compiled a list of MGR movies released in Chennai during the first three months of this year. Below artwork is done by him. 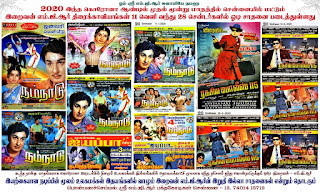 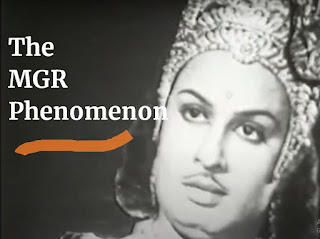