Sathya Movies Ithayakani was re-released previous week in Mahalakshmi theatre and we have uploaded images and one video relating to the reaction of MGR fans. 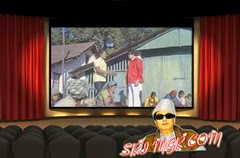 In this post we are uploading further scenes from the movie where our Puratchi Thalaivar MGR speaks about the coffee estate and followed by the villains planning to disgrace MGR name and fame. 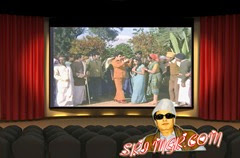 The above images are not from Mahalakshmi theatre.

The dialogues of Isari Velan, Rathna and S.V.Subbaiah praising MGR is uploaded. The praising words is for Mohan character but the dialogues are direct hint to the real life of MGR.

Pardon for the poor video quality.

When MGR’s benevolence, respects to women and his title is said the people became ecstatic and MGR devotees showed their devotion watch for yourselves.