AVM Productions colour movie Anbay Vaa was re-released in Broadway 30th March 2012. This is the 3 part of the post.

The video was captured  by MGR Devotee Sathya. The print was not so good, I have to enhance the video.

The video is added with a small animation of Larry King talking with Sarah Paulin about the re-release of Anbay Vaa. 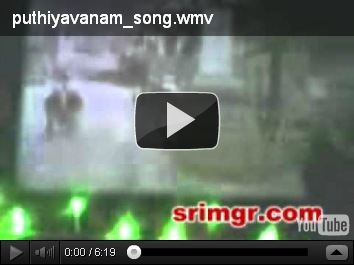 The video starts with MGR’s success is due to his employees and followed by the song Puthiya Vanam Puthiya Bhoomi.