Remake of Come September Hollywood movie and box office movie of 1966 Anbay Vaa a story about a millionaire enacted by MGR an alternate role performed rarely came to silver screen this week. MGR Devotees and MGR Fans thronged the theater. 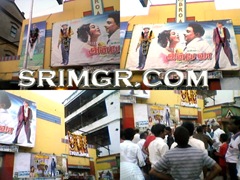 These above images were provided by MGR Devotee Sathya to share in our MGR Blog.

Below is the video of people coming out of the theater after matinee show. And another clip showing fans performing pooja to their God and our beloved Leader Puratchi Thalaivar MGR. 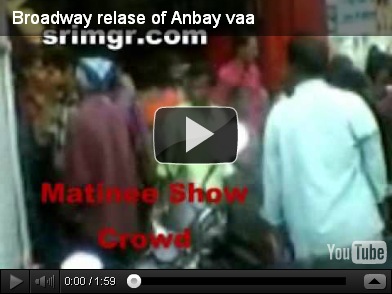