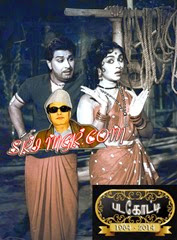 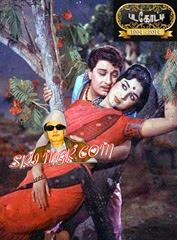 All the songs are mesmerizing :

There are four fishermen hamlets (kuppam) of this Thirukaimeenkuppam and Surameenkuppam are rivals. During a festival the head of Thirukaimeenkuppam Thirupathisamy extends his arm to Alaiappan (Ramadoss) to be united forever but Neelamegam (M.N.Nambiyar) comes to know this fact and sends his men to create chaos in the function and thereby two villages always have difference of opinion. As planned, Neelamegam people fatally wounds the head of Thirukaimeenkuppam, Manickam (MGR) tries to save his father but his father ask a promise from his son that the two villages should be united in future and he should work hard for that. Manickam promises then his father dies. 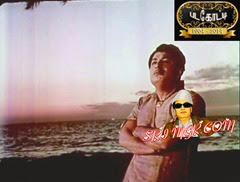 Days rolls on Alaiappan goes with his men to meet Neelamegam for getting loan. Neelamegam gives them money and gets their thumb impression on blank stamp papers and keeps it in a safe. 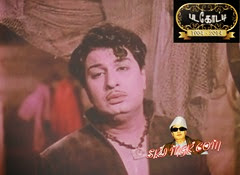 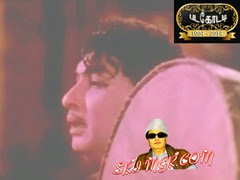 The weather changes and fishermen loose their opportunity to go to sea, so far Thirukaimeenkuppam avoided Neelamegam’s loan. But now there is no option and they visit him without the knowledge of their new head Manickam. As usual they were given an agreement regarding the selling of their catch to him and the price is fixed by him only no questions asked. 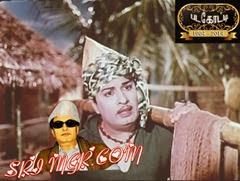 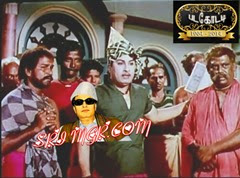 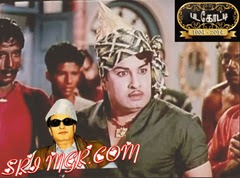 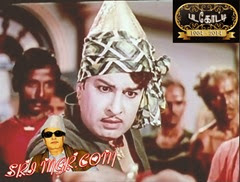 When they were signing Manickam enters Neelamegam’s house, stops them and make them understand what was written in the agreement. On seeing his plan thwarted by Manickam, Neelamegam gets angry and asks everybody to get out of his house.

Manickam heads to sea in the rough weather, he gets caught in the storm and washed away on the shores of Surameenkuppam. There Alaiappan’s daughter Muthazhagi (Sarojadevi)  saves him even though she knows who he is, they fall in love.

One day Alaiappan fells sick so his daughter goes to the market to sell the fishes. But on that day there is a demand for fishes, all these years Neelamegam using their rivalry bought the fishes for less amount but on that day Manickam and Muthazhagi stands united and sells their fishes for higher amount. Manickam’s people praise his shrewdness.

The next day they again try to utilize the situation but Alaiappan comes into the market as asked by Neelamegam he sells his goods to him very cheaply, Manickam group suffer this time. Now the same people hurts him with words.

This time Manickam meets Government officials to get help but they tell him that Government will not help individuals but can help if they are all united. Now as a last resort Manickam goes to meet Alaiappan and uses Gandhian ideology but they try to attack him. Manickam fights valiantly and wins, then he tells, I come here to speak about peace but you thought I am a coward only a strong willed can speak about peace. 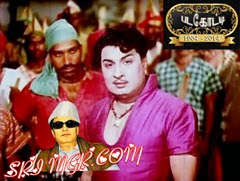 Then Manickam shows his mammoth strength by bending the iron bar and Manickam tries his best to make them understand who is gaining and who is loosing, because of the rivalry between them and also about the Government who are ready to give loan, insurance, boat etc. if the villagers are stand united. Alaiappan when at the verge of understanding the facts presented by Manickam, Neelamegam intervenes and  twists their mind they beat Manickam and throws him to the sea.

Thirukaimeenkuppam feels something has went wrong as Manickam had not returned. They try to take revenge by attacking Alaiappan but Manickam in old man disguise saves Alaiappan and he takes Manickam to his house. There Muthazhagi comes to know that Manickam is disguised as old man and he is trying to unite both the villages.

Surameenkuppam wanted to take revenge as their opponent had tried to kill their head but Manickam intervenes and tries to stop their act, Alaiappan tells them to wait as in the boat race they will get an opportunity to hurt their enemies.

The boat race takes place but as the head of Thirukaimeenkuppam does not show up Manickam takes up the position and wins the race. But in the presentation everybody comes to know that Manickam is the old man.

Neelamegam hatches a plan and asks Alaiappan to give his daughter as a marriage to him. First he disagrees but Neelamegam threatens him with the loan document they had been signed by his people. As there is no way to survive Alaiappan agrees for the marriage..

After the song his Thirukaimeenkuppam people objects for the marriage of Manickam with Muthazhagi. For the care of his group Manickam sacrifice his love. Muthazhagi returns to her hut and she was taken to Neelamegam’s house, Alaiappan asks Neelamegam to take care his daughter and leaves. 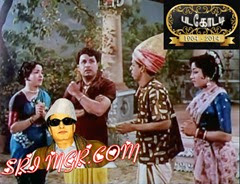 Now both the village asks Manickam to help Muthazhagi from the clutches of Neelamegam. And Manickam disguises as a bangle merchant goes to Neelamegam’s house there Neelamegam suspects and keeps Manickam locked in his guest house. 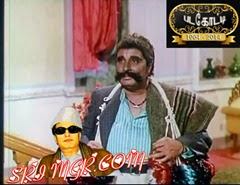 Meenvizhi helps Muthazhagi by giving the loan documents that she had stolen from the safe in the process Meenvizhi was shot and killed. 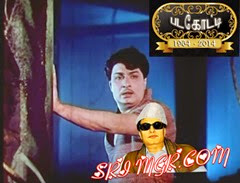 Manickam uses loose wire found in the room and gives shock to Neelamegam’s people and escapes from the guest house a small fight follows and finally Neelamegam was arrested for the killing of Meenvizhi. 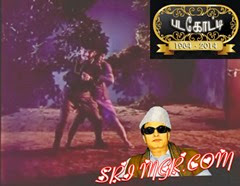 Alaiappan understands that Manickam has saved his daughters life and his noble deeds he then gives his acceptance for her daughter to marry Manickam and thus the group fight ends. 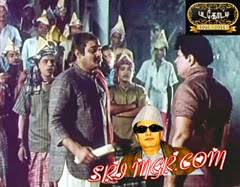 Acting, songs, costumes and others will be dealt in the next post.