Previously I have updated MGR Movie news, that in Royal theater in Coimbatore Enga Veetu Pillai was re-released. I have requested MGR Devotee Tirpur Ravichandran to forward some images to upload in our MGR Blog. Tirupur Ravichandran assured me about the images.

Today I have received mail  from Tirupur Ravichandran, the images were captured by Olikirathu Urimaikural Photographer Senthil. We srimgr.com team thanks him for his effort. 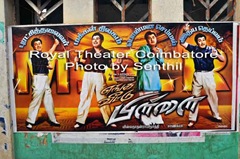 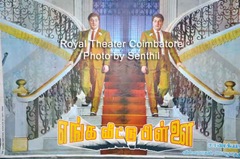 One Theater is Kovai Royal. The same movie is re-released this week. 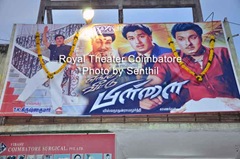 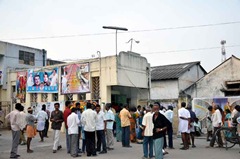 During 175 days celebration MGR with Sarojadevi, Rathna, Nagesh, and Nambiyar participated in the celebration that happened in this same Royal Theater. 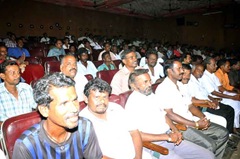 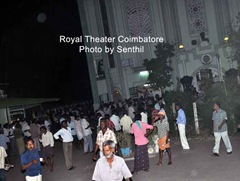 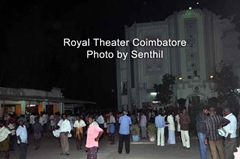 Section of the crowd during the interval of the movie. And once again we thank Mr.Senthil for his effort by capturing the photos and sending us to share in our beloved Leader Puratchi Thalaivar MGR Blog.