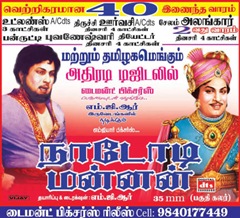 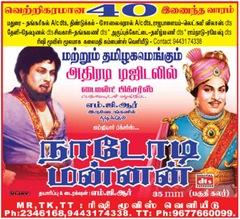 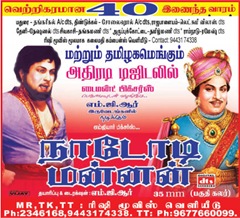 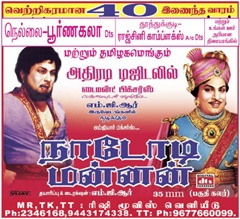 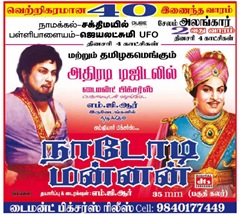 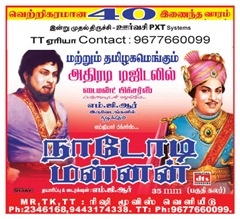 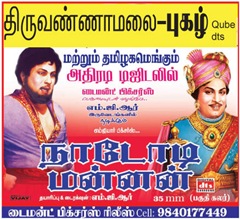 The above images were taken from Friday Edition of Daily Thanthi.

The movie “Nadodi Mannan” was released in Qube and DTS format all over Tamil Nadu and some centres is screening for the second week. I was not able to watch the movie but had the chance of getting the photos and videos captured by MGR Devotee Elangovan.

Below is the video taken from Bharath theater look at the print it appears very sharp looks like a new movie. 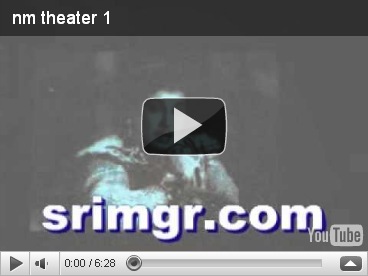 In this video some dialogue scenes are captured by Elangovan, as usual MGR Devotees and MGR Fans showed their response.