As planned earlier we (Ponmanachemmal MGR Bakthargal and Kalaiventhan MGR Bakthargal) went to Jr.MGR's house in Nandanam.Jr.MGR gave an appointment to meet him, the time fixed was 10 to 12 but the talk went on and on. Whenever awkward questions shot by MGR Devotees Jr.MGR kept his cool. 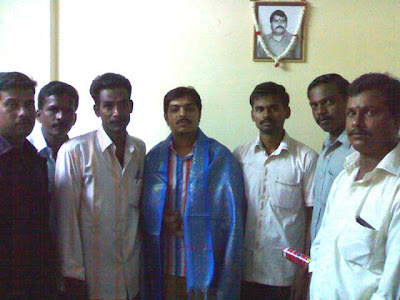 Jr.MGR gave out various plans that he have, one is releasing MGR movie. We can expect a MGR movie soon. 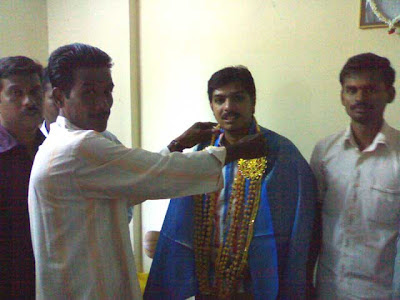 Everyone told about how much they like MGR, the movies they liked, the fights, the songs etc. etc., When Jr.MGR told that he liked the fight MGR did in 'Neerum Nerupum' with left hand. It is difficult to perform that kind of action in left hand. When he is a right handed person. Further he told about the mask shots done by MGR in Nadodi Mannan which is a great achievement till date. 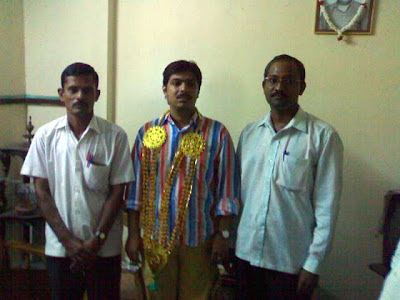 The twist dance in 'Anba Va' which he performed when he was 50 years old. That was impossible for others to do in that age. 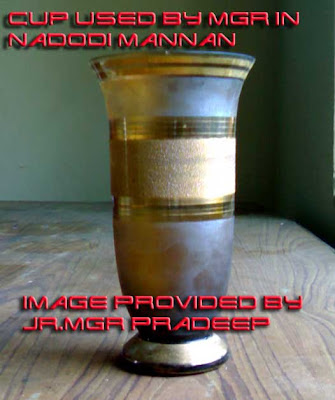 When talk was going on Jr.MGR handed over lot of photos of Ramavaram Garden, his family etc. and the most valued item the CUP used by MGR in Nadodi Mannan Movie. The cup is made of glass, gold coloured. When I took it in my hand it was like touching MGR. Really I was ecstatic. I dont have any words to say. Only one that it is weightless and more than 50 years old.

With permission from Jr.MGR I am publishing this image. 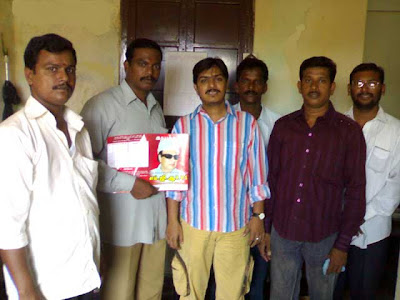 Before taking leave everyone asked him to accompany them to watch MGR movie. He promised us. We came out happily. Some of them fell that all happened so far is a dream. Did they really met MGR's blood? With dreams in their eyes they took leave.

Email ThisBlogThis!Share to TwitterShare to FacebookShare to Pinterest
Labels: jr.mgr

First of all MGR Blog spot is an excellent and strenuous work done by the people concerned in digging out the most popular leader of 20th century in India generally and in Tamil Nadu specifically. Hats off to the bloggers. Z.Y. Himsagar.