Below are some of the rare images published by Kumar Rajendran from MGR family, in internet. 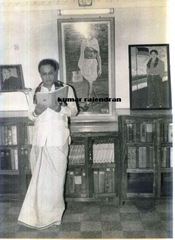 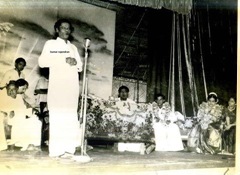 MGR reading a book in his Ramavaram Garden Home. To your right is the photo from Kalaivanar NSK family album, T.A.Mathuram’s brother marriage (T.A.Gnanam with T.R.Sethulakshmi she is the sister of T.R.Ramanna and T.R.Rajakumari). The marriage was presided by Peraringnar Anna and our beloved Leader MGR. 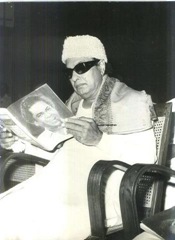 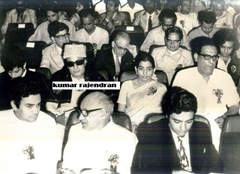 The above image to your left is taken during the Remembrance day of Kalaivanar N.S.Krishnan. To the right is the award function in New Delhi. Playback singer P.Susheela is sitting next to MGR and in front row is Actor Sanjeev Kumar. 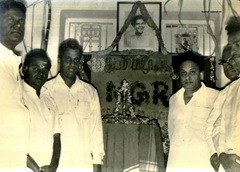 For the pooja of Oru Thai Makkal movie. 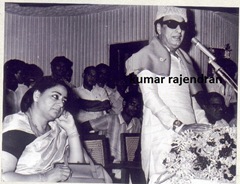 MGR with his wife V.N.Janaki. 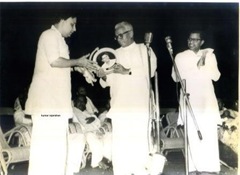 MGR receiving Kalaivanar Award from the then Chief Minister Bakthavatchalam to his left is C.Subramaniyam. 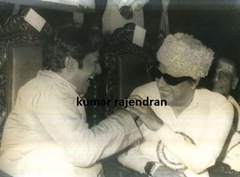 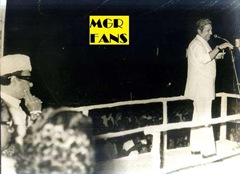 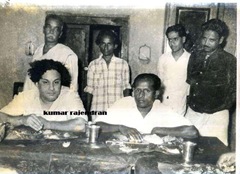 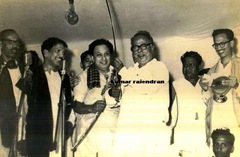 MGR receiving a sword from his mentor for Nadodi Mannan movie function. 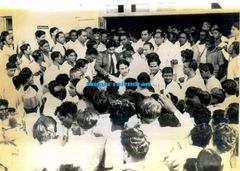 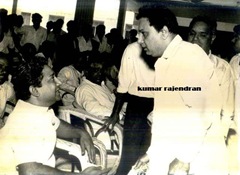 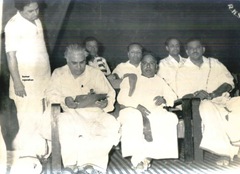 Should be a movie function. 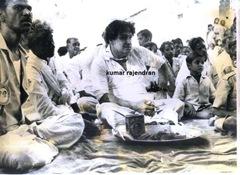 MGR celebrated Pongal function with his drama artists and friends. This is from one such function.

From Kumar Rajendran note: One of MGR's fans kept the plate of betel leaves and nuts in front of him. note the box of nuts carries his name and picture. 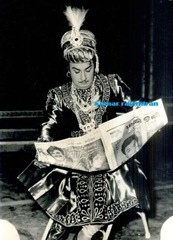 All credit goes to Kumar Rajendran.