MGR’s grandson MGCB Pradeep has informed me an article written about our beloved Leader Puratchi Thalaivar MGR in Puthiya Thalaimurai Tamil weekly magazine.  He asked to publish this in our blog and share the news with our readers.

This week Puthiya Thalaimurai (Deepavali special) came with a cover story about our MGR it contains four pages with one page colour of MGR in sketch.

A railway gate incident about Chief Minister MGR when he visited Trichy, his car was stopped in the railway gate and nearby people rushed to meet him, they greeted him and when MGR greeted them how they are, they said if you are fine we will be fine too. (Neenga Nalla irukanum Nadu munnera song from Ithayakani movie which happened real in MGR’s life). What a word. MGR was emotionally disturbed and he told how he will repay their love and loyalty in his life.

Another incident happened in rain affected Rameswaram during his Chief Ministership how the people liked MGR even in that condition. It is not fun that MGR was known as Enga Veetu Pillai. 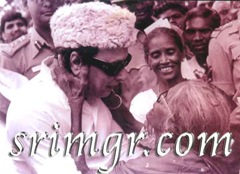 As a Political Leader how MGR fared well when two of his base party members quitted ADMK and joined DMK and how MGR reacted to that news is rare in Political history, that is why he is still remembered by the people and how strong his is vote bank. 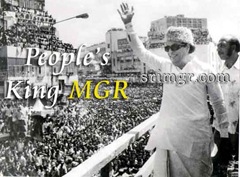 When Prince of Wales Charles visited India and also came to Chennai to meet the Chief Minister of Tamil Nadu MGR during early 80’s, the visit was covered by Doordarshan. One of MGR’s minister was with him and after meeting MGR, Prince Charles enquired about MGR’s birth and asked this question Is MGR born in a Royal Family?

MGR acted in the movie Mannathi Mannan, a person born royal felt that MGR is of royal birth.